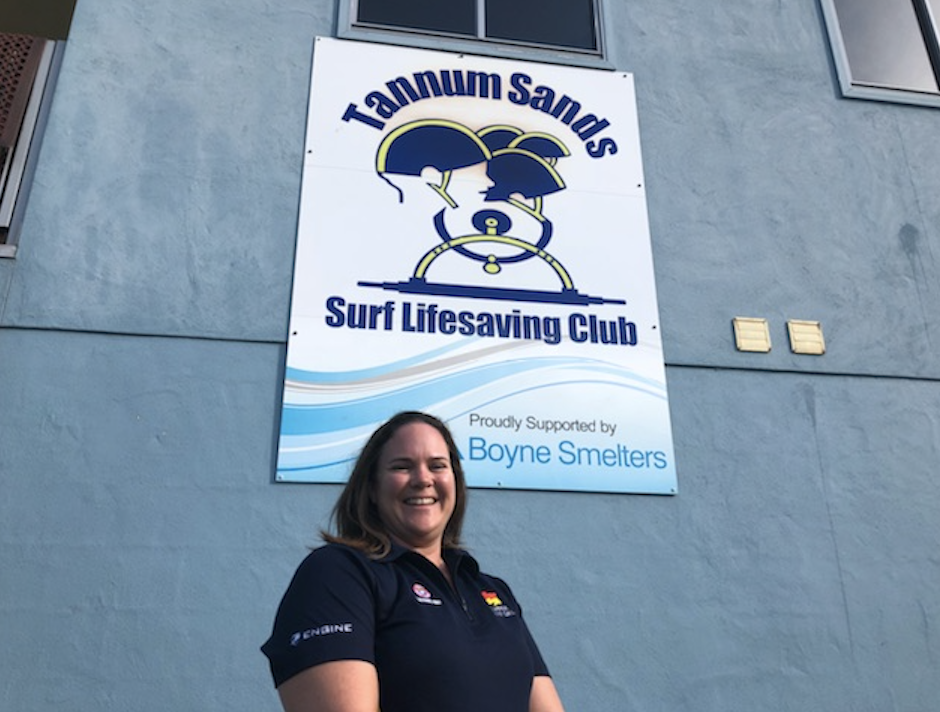 Captain of Tannum Sands Surf Life Saving Club and Gladstone’s Athlete of the Year, Nicole Lowe is an entrant in the 2018 Summer Surf Girl program.

The Summer Surf Girl program has injected more than $15.8 million into surf life-saving clubs throughout Queensland since its inception in 1964.

“All the fundraising that Summer Surf Girl does goes back into the local clubs, so any fundraising I do through to May next year, will go directly back to the Tannum Sands Surf Lifesaving Club,” Nicole said.

Summer Surf Girl is both a fundraising and member development program for the female members of Surf Lifesaving Queensland who currently constitute only 40 per cent of surf life-saving’s membership across Australia.

“Participation of females is still quite low, it’s still a pretty male-dominated sport,” Nicole said. “But forty per cent is quite good, considering we’ve only been admitted since 1980, it wasn’t that long ago.”

Summer Surf Girl is a far cry from the swim-suit pageant nature of the early days of the quest:

“Now it’s all about the surf lifesaving skills that you have developed and that’s what I will be judged on, how I can perform a rescue, how I do resuscitation – so the Summer Surf Girl has become more of an ambassador,” Nicole said.

Tickets go on sale this weekend for the first of a series of fundraising events – a bumper Christmas raffle, with a wheelbarrow full of goodies and gift vouchers from generous local traders – get your tickets at the bar upstairs at the Tannum Sands SLSC.

“My partner in crime Nicola Curtis and I have a fundraising target of $70,000 and we’re hoping to raise that between now and May when the Summer Surf Girl judging takes place,” Nicole said.

Nicole’s duties as club captain continue every weekend as she takes part in her regular weekend patrol and club activities:

The club has made a fantastic start to the summer season, winning the nippers’ trophy and the pool rescue trophy and claiming second prize overall at the Northern Australian Championships held in Mackay last weekend as well as raising close to $5000 during SOS Week.

Keep reading Gladstone News to hear about Nicole’s progress in the Summer Surf Girl program or keep up on her Facebook page: https://www.facebook.com/Tannum-Sands-SLSC-Summer-Surf-Girl-2018-Nicole-Lowe-120445305251083/