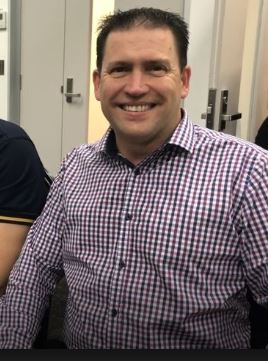 Posted at 12:00h in More Articles by News 0 Comments

Gladstone Regional Council today outlined its organisational priorities for the next 12 months with the release of its budget for the 2018-19 financial year.

Gladstone Region Mayor Matt Burnett said his Council’s third budget for this electoral term, incorporating this year’s major organisational restructure, built upon the significant steps taken towards achieving the priority goals he had outlined ahead of his election to the position in 2016.

Councillor Burnett said the 2018-19 budget validated his election promises to:

He said the organisational restructure would enable Council to deliver on its vision to ‘Connect Innovate Diversify’ by establishing clear strategies that direct Council’s investments in its assets and community services while keeping customers at the centre of its actions.

“In keeping with my election promises, Council welcomes capital projects funding of $18.1 million from the federal and state governments via various programs including Works for Queensland, Building our Regions, and Roads to Recovery,” Cr Burnett said.

“Federal and State funding will also be utilised to build better roads for our residents with $15.3 million of Natural Disaster Relief and Recovery Arrangements and related Betterment funds to be spent on works to improve the flood immunity of vulnerable floodways and causeway crossings, and repair impacted road assets throughout the region.

“Council will spend almost $5.5 million on bitumen reseals and more than $2.7 million on gravel re-sheeting for the region’s roads as part of its total capital and maintenance spend of $99.7 million on roads and drainage throughout the region.”

“Council will continue to lobby and work with all levels of government to obtain much-needed support for community projects and the injection of funds into the Gladstone Region,” he said.

“This budget not only ensures Council is keeping pace with the required maintenance and replacement of assets, it allows for the new infrastructure necessary to support the continued growth of the Gladstone Region and the development of its communities.”

Among the major projects attracting significant funding in 2018-19 are:

Council thanks the Federal and State governments for the continued co-operation in working towards the widening of Philip Street into four lanes and the parallel development of the first stage of the Philip Street Communities and Families Precinct.

Council has committed $1.06 million to progress the final design and early works for the Philip Street project in 2018-19, ahead of the completion of the project in 2019-20.

The 2018-19 budget also features increased assistance of $1.2 million to community and sporting groups via its Community Support Programmes, which represents a fourfold increased during this electoral term.

This assistance comes in such forms as:

Cr Burnett said provision had been made to investigate the possible construction of a public swimming pool in the Boyne Island and Tannum Sands area and to develop a master plan for the future expansion of Marley Brown Oval in Gladstone.

“Council will spend $250,000 on a feasibility study for the Boyne/Tannum pool which will identify the best site for the facility, how best to draw an income from such a facility, and how much it would cost to operate,” he said.

“Council will also spend $100,000 for the creation of a master plan to detail the expansion options for Gladstone’s home of rugby league, Marley Brown Oval.

Cr Burnett said Budget 2018-19 was the sixth in succession not to include any new borrowings and that existing borrowings would represent a debt ratio equivalent of 4.6 per cent of physical assets by the end of 2018-19.

“Such schemes are common practice in neighbouring local government areas and ours enables Council to provide a 50 per cent discount on infrastructure charges, up to a maximum of $500,000 per allocation.

“This scheme applies to all new and existing development applications as well as those that have been approved but for which construction has not started, provided Council deems the development to be of benefit to the Gladstone Region community.”

He said additional savings would be derived via the organisational restructure already underway. “The new structure enables major shifts in the way Council operates, including an increased focus on how it manages its $2.3 billion worth of assets, plans its works, and uses technology to improve our service while reducing costs.”

Such cost reductions enable Council to place downward pressure on rates with the average general rate increase of 1.89 per cent for 2018-19 in line with the local government consumer price index (CPI) of 1.89 per cent.

By comparison, the national CPI rose 1.9 per cent over the 12 months to March this year. The overall rate rise for the average residential ratepayer will be 3.4 per cent, including the general rate rise of 1.89 per cent, in line with CPI, and one per cent for the continued provision of recycling services, the cost of which has increased nationally, largely due to China no longer accepting our nation’s recyclable materials.

Cr Burnett said Council had made a strong commitment to investigate all alternative service options during 2018-19 to reduce the impact of these market increases.

“Council is investigating many ways in which waste items can be converted into renewable energy which will significantly reduce Council’s carbon footprint and save ratepayer money,” he said.

“Facility upgrades and improved treatment processes will create biosolid waste that is more efficient and cost-effective for agricultural re-use and create sufficient capacity to potentially accept and treat fats, oils and greases in the future which, in turn, may allow for gas recovery and on-site power generation.

“Council is investigating the use of smart bulk water meters to enable Council to analyse its water usage and identify where water losses are being experienced.

“It will also construct business cases for installing smart meters on residential connections to enable customers to track their own water consumption and be notified of excessive or unusual water patterns, helping ratepayers identify and fix internal leaks and avoid expensive water bills.”

“Council will investigate the feasibility of installing floating solar panels on our waste water treatment plant lagoons, which would benefit the environment by reducing our reliance of fossil fuels, our power bill, and the potential for algae to grow in the lagoons and negatively affect the reusability of the effluent,” he said.

Cr Burnett said a focus on these types of smart investment would reduce Council’s environmental impact while also cutting costs for ratepayers.

“Our budget and new organisational structure enables us to dedicate resources to review our waste and recycling processes, develop a zero-waste strategy and community waste education programs,” he said.

“By developing strategies that drive us towards being energy neutral, reduce the impact of Council operations on the environment, and reduce water consumption, Council will be positioned to pass on resulting savings to ratepayers.”

Cr Burnett said Council would continue to issue its domestic water and sewerage charges as half-yearly instalments as introduced for the 2017-18 financial year.

“The breakdown of the annual levy for these services into two instalments eases the upfront cost for ratepayers and continuing the same levy structure provides surety for our residents,” he said.

Cr Burnett said he was proud to present his third budget as Mayor.

“Once again, Council has delivered a budget that balances the need to minimise costs for ratepayers with the long-term needs of a growing region. “

Budget 2018-19 is the product of much hard work by my fellow Councillors and Council officers throughout the organisation, and I commend the work of all who helped deliver this comprehensive guideline to our region’s continued prosperous and sustainable development.”