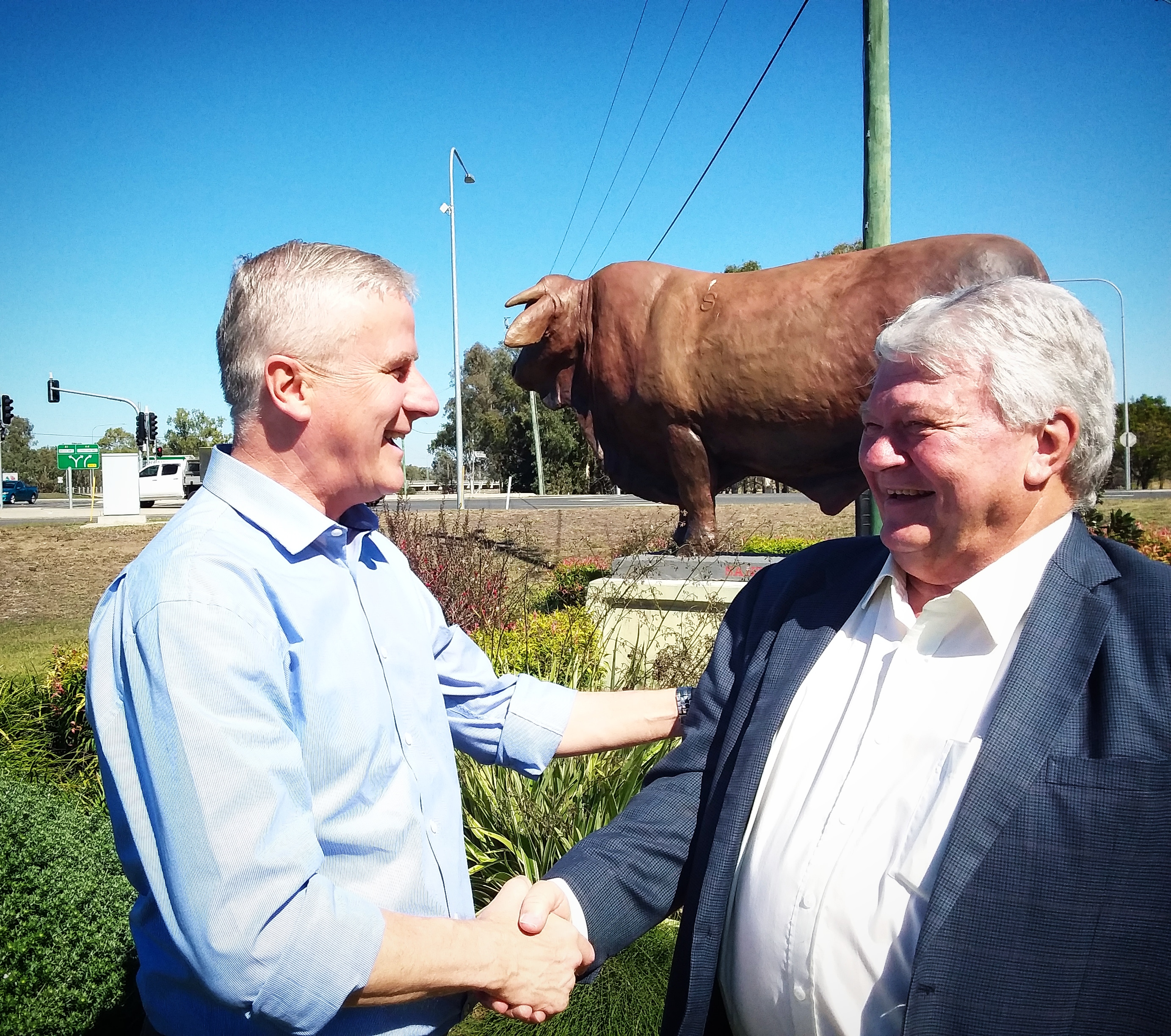 IT WAS A GREAT PLEASURE TO WELCOME DEPUTY PRIME MINISTER AND MINISTER FOR INFRASTRUCTURE AND TRANSPORT MICHAEL MCCORMACK TO GRACEMERE AND ALSO GLADSTONE RECENTLY.

The Deputy PM and I were joined by Minister for Resources and Northern Australia, Matthew Canavan at the Gracemere Camp draft at Paradise Lagoons to confirm to livestock and transport operators the far-reaching benefits of the Australian Government $20 million commitment towards a $30 million project.

With these much-needed improvements underway, one area that needs further investigation is around The National Heavy Vehicle Regulator issuing of permits to operators restricting operating hours to between 7pm and 7am, seven days a week.

Details and benefits of the funding include: