35 years with the QCWA 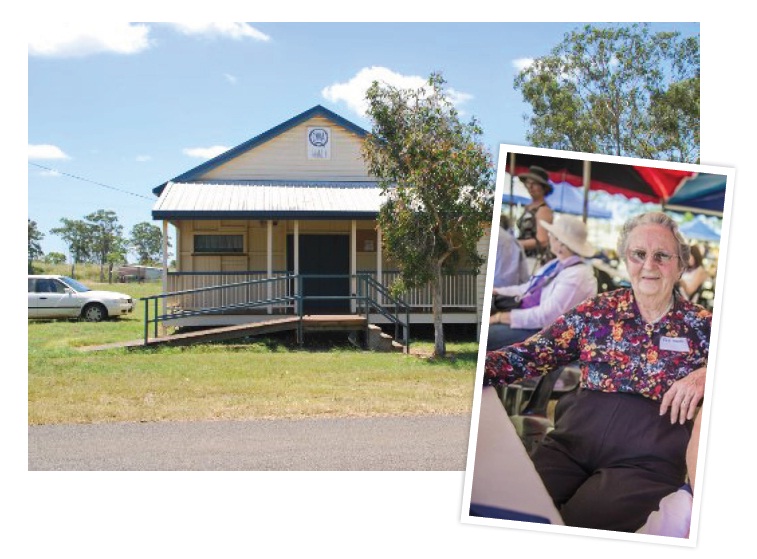 With three Regions, twenty Divisions and over two hundred and fifty Branches, the Queensland Country Women’s Association is the largest and most widespread women’s organisation in Queensland. The QCWA is an organisation which supports the community, while celebrating their interests and forging friendships in a respectful and caring environment. Branches help out with community events and host functions at their respective halls.

Last week Flo Thorogood from the QCWA Ambrose Branch  announced that she has retired from her position as Secretary. Flo has been involved with the QCWA for 35 years, and while she is stepping down from Secretary, she will still be an active member of the organisation that she has been a part of for so many years.

Flo was first involved with the Ambrose branch in her teenage years, before she married. Her and her husband then started taking care of their farm and had children. However, once her children grew up, she became a member again in 1981. She has held many positions within the organisation, being President of the branch for 1 year before stepping down due to personal commitments. Flo was also treasurer for almost 6 years, after her position was extended from the usual 3 year term.

In 2010, the Secretary at the time left the district and Flo, having worked with the advertising of functions, soon accepted nominations from fellow members and became Secretary, a position which she has held for the last 5 years.

Flo said she has enjoyed her many years with the organisation.
“Once I get involved in something, the more I learn about it, the more I get out of it.”

She also said it is a lovely organisation to be involved in as you meet people all over from all different branches. Flo loves to help organise functions at the hall and making their customers happy.

She has also passed on a message to new members and the new Secretary
“Just be consistent in what you do and don’t be afraid to ask questions and learn. Most importantly, enjoy the experience!”