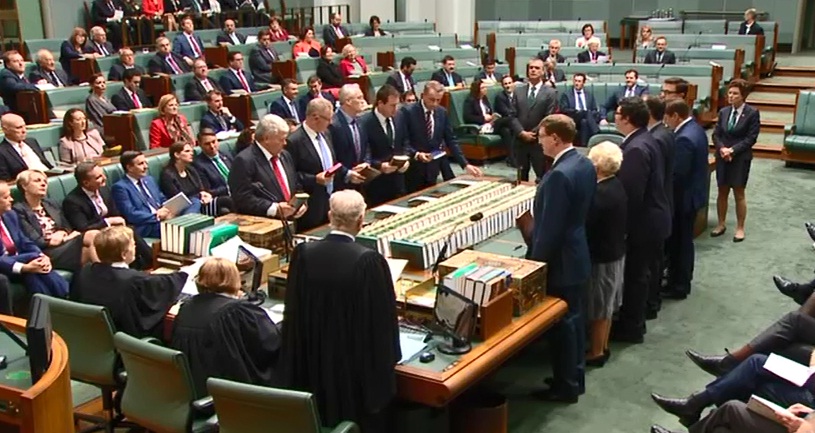 Federal member for Flynn, Ken O’Dowd was sworn-in yesterday for his third term as the electorate’s representative in Canberra.

After making his pledge to the parliament, Mr O’Dowd said he was proud to represent the region to which he has devoted his life.

“It is an honour to represent the people of Central Queensland in federal parliament and to do so for the third consecutive term is very special.

“The people of Flynn deserve the projects and policies to improve their lives and that is precisely what I’ll be focussing my term on; job-creating projects like Rookwood Weir and the CQ University Campus upgrade.

“And the policies to improve the economy like the Australian Building and Construction Commission and bringing the federal budget back under control.

“It looks like being quite an interesting term in parliament and I look forward to it.”