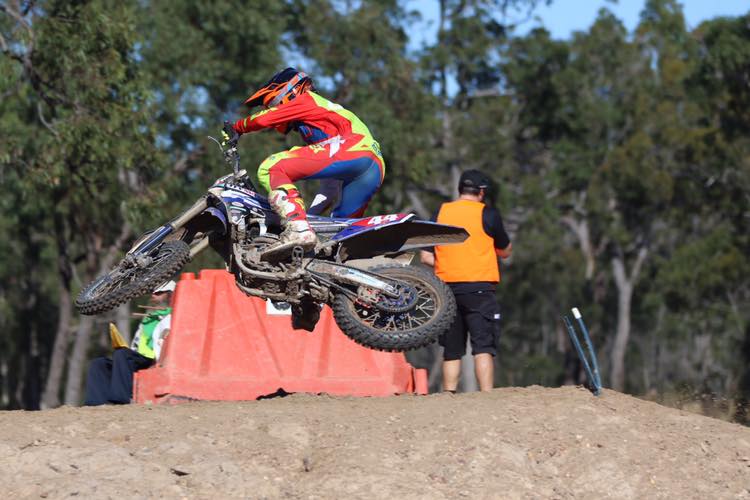 15 YEAR OLD PARIS RODE IS A LOCAL BOY THAT HAS BEEN RIDING DIRT BIKES SINCE HE WAS 6 YEARS OLD.

He attends Toolooa State High School, but in his spare time he is a Junior Motocross Racer pushing his limits to becoming a pro Rider. Paris recently competed in the Queensland Motocross Championships in both Mackay and Hervey Bay.

Initially, Paris felt that he had run into some bad luck with gearbox issues, and feeling like he didn’t ride his best. In the end, the 15 year old came 2nd overall on the 250, and 4th overall on the 125 after weeks of practice. Competing against Queensland’s best, this is a massive achievement.

Paris left for the Australian Junior Motocross titles earlier this week, with races to commence from this Saturday. Paris said “I intend on keeping my training the same and just practicing my intensity for the whole race. My goal for this competition would have to be in top 3 on both. Anything less and I’ll be pretty bummed as I know I can do it, I just have to put it in when it counts.”

We wish Paris and his team all the best in representing Gladstone and CQ in the national competition and will keep everyone updated on his placing. To follow Paris’s journey with his motocross career, you can check out his Facebook page – Paris rode #44 or on Instagram – Paris_Rode_44.