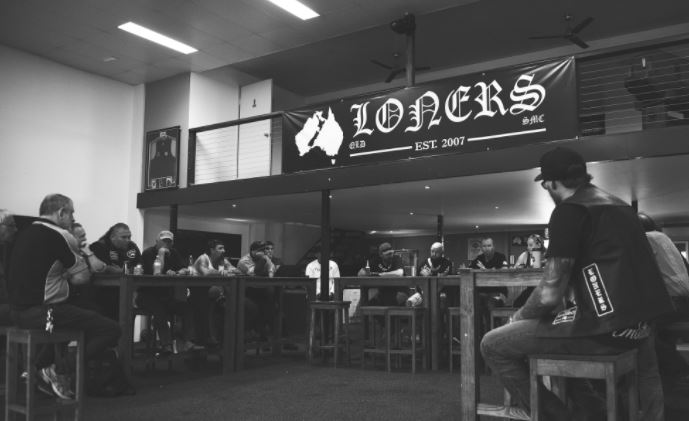 I ended last week’s post with a little spiel on being a ‘domino’.

This week I’m going to start with how that same process has helped me to find the next kindness angel. Last week’s story with Father Daniel and his volunteers lead me to the Gladstone LONERS SMC

They are ‘big and scary’, inked-up, loud, ride noisy bikes, have ‘funny’ names and there are a lot of them… but the Loners are really just in it for the ride.

This club is so family orientated. You can see how much they love their families and that including them in their social gatherings (and family fun days) is just as important to each and every one of them as riding their bikes!

Oh, and did I mention that raising money for charities is second nature to this club?

The Loners first club originated in New Zealand and has now extended into Queensland.

The Gladstone chapter was established in 2013 and has grown each year. Although some of their members have ‘fallen’, they pay tribute by having their club vests framed with some photos and perfectly hung on the walls of the clubhouse.

Gladstone chapter has around 35 members and they don’t all ride Harley Davidsons. Sharing the same values in life as each other is of huge importance within this club. If you have true values in common, then you are welcome to come along for the ride. Literally!

This amazing club and its members help out in our community. The Loners not only provide some security and ‘crowd control’ at Ray’s soup kitchen every Wednesday night but they also cooked up an Australia Day breakfast for the church’s people and the volunteers that I talked about last week. They have also cooked breakfast for all the soup kitchen volunteers previously, showing them that their help is appreciated and doesn’t go unnoticed.

They all had a job to do… Snag turner, toast popper, butter spreader, tomato slicer, table organiser and nothing was too much trouble.

On Thursday night, I was ‘rollin’ with the big boys at the club house while they had a meeting with a local suicide prevention awareness group called Jaie’s Journey .  The Loners are currently helping and supporting a ‘Ride 4 Life’ Show & Shine event on February 25, and this will become an annual event.

Following the Show & Shine, the Loners club members will be leading the charity ride to Raglan and then into Calliope for music, drinks and food. Just a small statistic on Suicide in Australia (as per 2016). Approximately 7.85 people take their own lives every single day.  Men are 3 times more likely to commit suicide than women. If you want to get involved in this charity day or the ride itself, please contact one of the links above and they will be able to help you sign up

Each year, the club said they do about 20 charity rides, this includes, riding to other towns and supporting with other charity events also. Next weekend they are heading to Gympie, for one of their ‘own’ who has recently lost his leg. The money raised for this ride will help with living expenses and everyday family ‘life’ that has been becoming a struggle, as you could imagine. Next year around the same date the LONERS will ride again and the money from that ride will be donated to someone else in need. Generally, the previous years ‘charity’ will choose where it goes.

Each time a charity ride is organised, an entry fee of $20 is charged for ANYONE who would like to participate! These rides are not just for members or just for bikes! If you are passionate about the charity that is receiving this awesome kindness, then register your car! Head over to the Facebook page and ‘join’ so you can be aware of any upcoming rides that you might like to participate in Each charity ride raises awareness and anywhere from $2000 – $5000. All of the funds raised are donated directly to the chosen charity. I asked some of the members… Why do you donate to charity?

“It’s just what we do”
“It feels really good to be able to help”
“It’s easier to help with numbers”
“Why not?”

If we are able to do such an amazing thing, why don’t we?

Wrapping up this week… The Gladstone LONERS are not ‘scary’ at all! I want to thank every one of the amazingly generous, family orientated, bike enthusiasts that I met when I visited on Thursday night. Thank you for being my week 6 biker ‘angels’ and making me feel like family I’m looking forward to catching up and seeing what a difference these upcoming charity rides and events have made in our community! 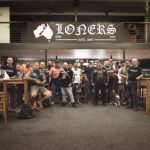 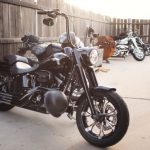 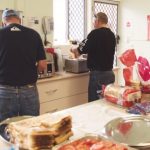 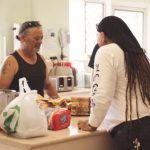