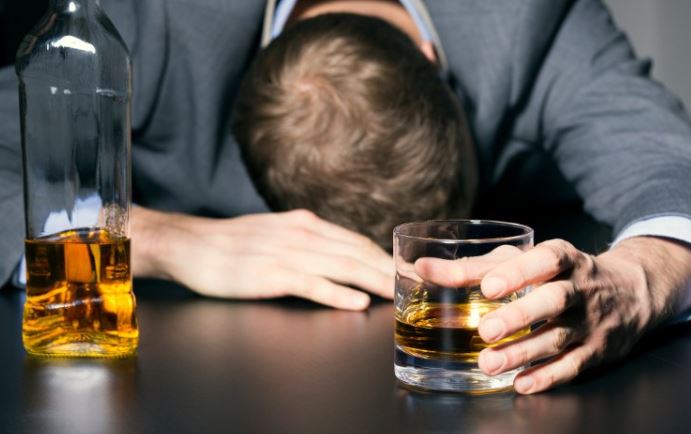 Posted at 10:19h in Health, Lifestyle by News 0 Comments

Are you feeling like death warmed up this morning? If going back to bed and waiting for a midday miracle isn’t an option for you today, try some of these tips.

While there are many well-known hangover cures out there, few are actually backed by science.

However, there are several science-backed ways to avoid the unpleasant symptoms that follow a night of drinking.

Strategies include staying hydrated, getting plenty of sleep, eating a good breakfast and taking certain supplements, all of which could reduce your hangover symptoms.

Also, drinking in moderation and choosing drinks that are low in congeners can help you prevent a hangover in the first place.

Drinking alcohol, especially too much, can be accompanied by various side effects.

A hangover is the most common one, with symptoms including fatigue, headache, nausea, dizziness, thirst and sensitivity to light or sound.

While there’s no shortage of purported hangover cures, ranging from chugging a glass of pickle juice to rubbing a lemon in your armpit before drinking, few of them are backed by science.

This article looks at 7 easy, evidence-based ways to cure a hangover.

1. Limit Your Alcohol Intake (Drink less? That’s just so crazy it might work!!)

In one study, researchers followed 112 young adults on vacation and found that those who drank more heavily had more hangovers, with 68% of heavy drinkers reporting a hangover.

Many factors, including body weight, gender, when you last ate, what type of alcohol you drink and how long you spend drinking, can affect your blood alcohol concentration, or the percentage of alcohol in your blood.

Interestingly, studies have found that you must reach a peak blood alcohol concentration of 0.11–0.12% to develop a hangover (2).

Some individuals may experience a hangover after as few as 2–3 drinks, while others may require much more. Meanwhile, approximately 23% of all drinkers are resistant to hangovers altogether (3).

However, for most individuals, the most surefire way to prevent a hangover is to drink in moderation.
Both hangover incidence and severity are determined by the amount of alcohol you consume. Drinking in moderation can help prevent hangover symptoms.

Congeners are toxic chemical by-products that are also formed in small amounts during this process, with different alcoholic beverages contain varying amounts (4).

Some studies have found that consuming drinks with a high amount of congeners could increase the frequency and severity of a hangover. Congeners may also slow the metabolism of alcohol and cause prolonged symptoms.

Drinks that are low in congeners include vodka, gin and rum, with vodka containing almost no congeners at all.

Meanwhile, tequila, whiskey and cognac are all high in congeners, with bourbon whiskey containing the highest amount.

One study had 95 young adults drink enough vodka or bourbon to reach a breath alcohol concentration of 0.11%. It found that drinking high-congener bourbon resulted in worse hangovers than drinking low-congener vodka (5).

Another study had 68 participants drink 2 ounces of either vodka or whiskey.

Drinking whiskey resulted in hangover symptoms like bad breath, dizziness, headache and nausea the following day, while drinking vodka did not (6).

Selecting drinks that are low in congeners may help reduce the incidence and severity of hangovers.

SUMMARY:
Choosing drinks that are low in congeners, such as vodka, gin and rum, could decrease the severity and frequency of hangovers.

3. Eat a Good Breakfast (What doesn’t kill you makes you stronger)
Eating a hearty breakfast is one of the most well-known remedies for a hangover.

One reason is that a good breakfast can help maintain your blood sugar levels.

Although low blood sugar levels are not necessarily the cause of a hangover, they’re often associated with it (7).

Low blood sugar could also contribute to some hangover symptoms, such as nausea, fatigue and weakness (8).

In fact, some studies also show that maintaining adequate blood sugar could mitigate some of the bodily changes that occur with alcohol consumption, such as the buildup of acid in the blood (9).

Excessive drinking can throw off the balance of the chemicals in your blood and cause metabolic acidosis, which is characterized by an increase in acidity. It could be associated with symptoms such as nausea, vomiting and fatigue (10).

In addition to helping reduce certain hangover symptoms, eating a healthy breakfast can provide important vitamins and minerals, which may become depleted with excessive alcohol intake.

Although there is no evidence to show that low blood sugar is a direct cause of hangovers, eating a nutritious, well-balanced and hearty breakfast the morning after drinking may help reduce hangover symptoms.

SUMMARY:
Eating a good breakfast can help maintain your blood sugar levels, provide important vitamins and minerals and reduce the symptoms of a hangover.

4. Get Plenty of Sleep (What if it’s too late for that?)
Alcohol can cause sleep disturbances and may be associated with decreased sleep quality and duration for some individuals (11).

Though low to moderate amounts of alcohol may initially promote sleep, studies show that higher amounts and chronic use can ultimately disrupt sleep patterns (12).

While a lack of sleep does not cause a hangover, it can make your hangover worse.

Fatigue, headaches and irritability are all hangover symptoms that can be exacerbated by a lack of sleep.

Getting a good night’s sleep and allowing your body to recover may help alleviate symptoms and make a hangover more bearable.

SUMMARY:
Alcohol consumption may interfere with sleep. A lack of sleep could contribute to hangover symptoms such as fatigue, irritability and headaches.

5. Stay Hydrated (Red Bull does not count…)
Drinking alcohol can lead to dehydration in a few different ways.

First, alcohol has a diuretic effect. This means that it increases the production of urine, leading to a loss of fluids and electrolytes that are needed for normal functioning (13, 14).

Second, excessive amounts of alcohol can cause vomiting, leading to an even further loss of fluids and electrolytes.

Although dehydration is not the only cause of a hangover, it contributes to many of its symptoms, such as increased thirst, fatigue, headache and dizziness.

Increasing your water intake may help alleviate some symptoms of hangovers and even prevent them altogether.

When drinking alcohol, a good rule of thumb is to alternate between a glass of water and a drink. Though this won’t necessarily prevent dehydration, it can help you moderate your alcohol intake.

Afterward, stay hydrated throughout the day by drinking water whenever you feel thirsty to reduce your hangover symptoms.

6. Have a Drink the Next Morning (We seriously don’t condone this one! But desperate times…)

Also known as “hair of the dog,” many people swear by this common hangover remedy.

Though it’s largely based on myth and anecdotal evidence, there is some evidence to support that having a drink the next morning can lessen hangover symptoms.

This is because alcohol changes the way that methanol, a chemical found in small amounts in alcoholic beverages, is processed in the body.

After you drink alcohol, methanol is converted into formaldehyde, a toxic compound that could be the cause of some hangover symptoms (15, 16).

However, drinking ethanol (alcohol) when you have a hangover can stop this conversion and prevent the formation of formaldehyde altogether. Instead of forming formaldehyde, methanol is then safely excreted from the body (17, 18).

However, this method is not recommended as a treatment for hangovers, as it can lead to the development of unhealthy habits and alcohol dependence.

SUMMARY:
Drinking alcohol can prevent the conversion of methanol to formaldehyde, which could reduce some hangover symptoms.

7. Try Taking Some of These Supplements (There’s more out there than just Berocca!)
Though research is limited, some studies have found that certain supplements could ease hangover symptoms.

Below are a few supplements that have been researched for their ability to reduce hangover symptoms:

SUMMARY:
Some supplements, including red ginseng, prickly pear, ginger, borage oil and eleuthero, have been studied for their ability to decrease hangover symptoms.