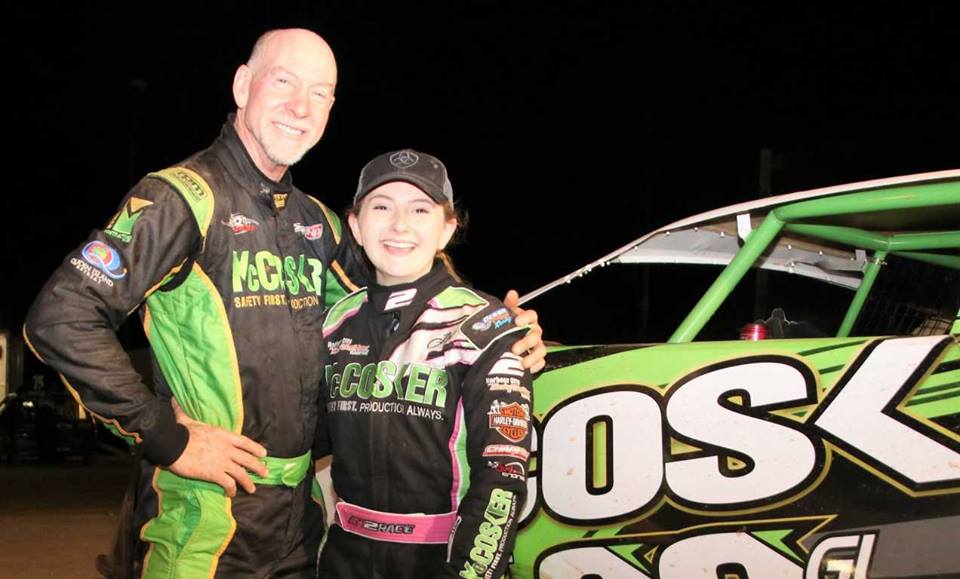 Chanel college graduate Abi Meehan is revved up and racing towards a high-octane future together with Gladstone industry powerhouse McCosker Contracting.

Abi, who is in her final year in the junior sedan class of speedway heard last week from CQUniversity that she has been awarded direct entry into her first choice of university course a Bachelor of Engineering (honours.)

She was already able to complete modules in this course during year 12, and attained a High Distinction the highest possible grade.

Abi hopes to become a mechatronic engineer and she has powerful support from local industry leader Bob McCosker. He’d been impressed with her ‘brilliant’ attitude and skill on the track and has sponsored her car in what will be her last six months of junior sedan racing. “She’ll kick its butt,” Bob said of Abbi’s accelerated entry into mechatronic engineering at CQUniversity.

“I was aware of Abbs’ scholastic achievements from the QMEA as well. She’s having the best run this year that she’s had in the racing – we’re a bit late to the party because it’s her last six months – she’s an absolutely awesome kid, that’s why we sponsored her,” Bob said.

“She’s the kind of young lady who it doesn’t matter what is happening, she will jump in and help.”

Gladstone News congratulates Abi and all our graduating seniors and is looking forward to watching them accelerate into the future!