Alicia does the Worlds Greatest Shave for her sick son 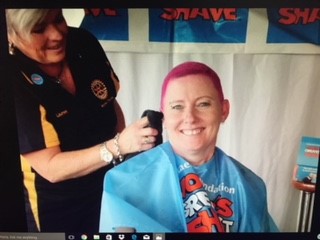 Posted at 10:56h in Charity, Community, News by News 0 Comments

Her 12-year-old son Toby was diagnosed with Leukaemia on his birthday nearly two years ago, following a visit from House Call Doctor.

Hundred’s of supporters gathered at the Tannum Sands Hotel to raise money for the World’s Greatest shave and raise funds for life-saving research.

Alicia’s other son, aged 26, and daughter, aged 17 also did the shave for a cure.