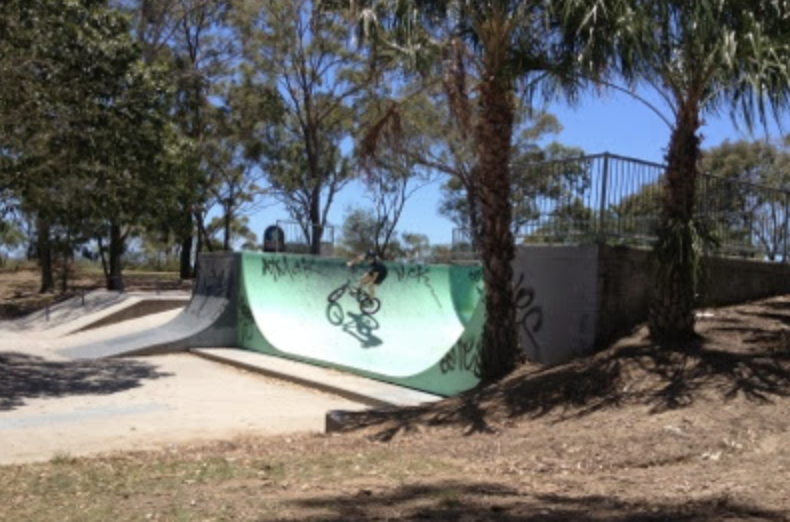 $6.2 Million announced in third round of Works for Queensland

An aquatic centre for Boyne Island Tannum Sands and the much-anticipated pumptrack and skatepark upgrade for Bray Park are amongst the spoils of a new round of State Government funding under the Works for Queensland program announced this morning.

The third round of funding which is conditional upon the ALP retaining power in the upcoming State election was announced by Member for Gladstone, Glenn Butcher against the backdrop of the ‘jewel of the region’ the beautiful Boyne River, backed up by Gladstone Regional Councillors Kahn Goodluck and Peter Masters.

“This is one of the most amazing places, Boyne Island and we’re going to put in a world class facility here for the youth of the area,” Mr Butcher said.

The program has delivered over $12 Million in funding locally in the first two rounds, contributing to everything from new facilities at the Rugby League to a better BMX track, an indoor netball/boxing/gymnasium facility for Calliope, footpath renewal, waste recycling, solar power for Wests’ pool and a swathe of other community requirements and upgrades.

The program is designed to accelerate planned development to clubs and recreation – saving community volunteers potentially thousands of hours of fund-raising – while creating employment for local people.

The grants program works on a bottom-up basis and community input is welcome:

“If you have a project, the best thing that you can possibly do for your organisation is to come forward with a business proposal,” Mr Butcher said.

“Basically it’s quite simple, if you can present us with some information on what the project looks like, how much it costs and you’re ready to go with council approvals for your land, then it will really be given some serious consideration under this program.”

He said the Works for Queensland program was beloved of regional councils and recreational groups because of the opportunity for timely local input and community involvement, unlike the LNP government’s “Royalties for Regions” program which it replaced.

The LNP confirmed they will cut the regional Works for Queensland program if elected.