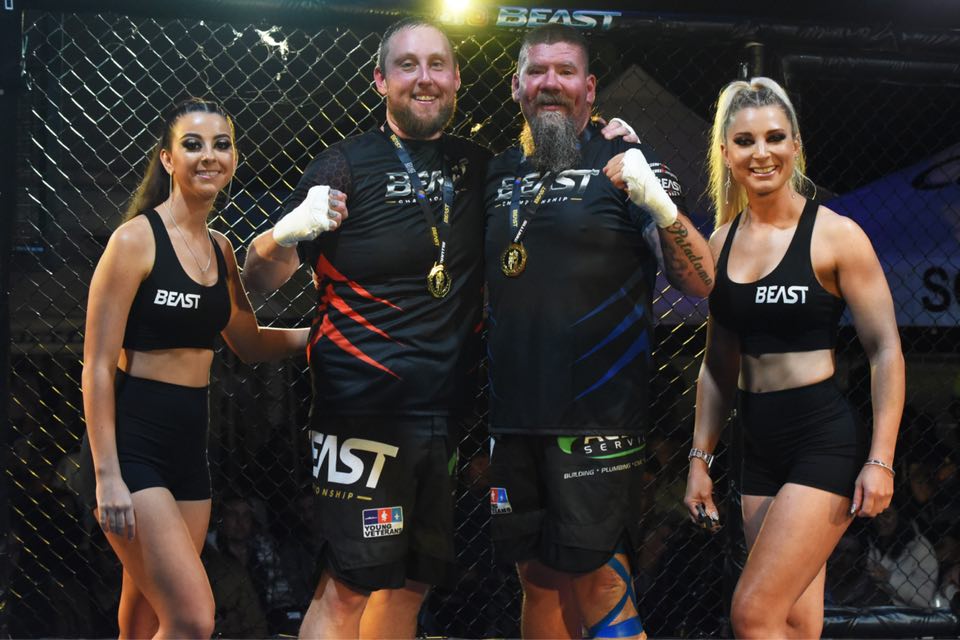 The event received an outpouring of support from the Gladstone community- despite being a night of fighting, it helped bring people together.

Jason Hoad, the CEO of BEAST Championship said that the entire weekend was a massive success, with seeds already planted for a second event.

“Gladstone really rallied behind this event, and we had 48 VIP Tables sell out in three days. The Tables and tickets are already in high demand for Tradie Wars 2 in a few months,” said Jason.

The event was started in a bid to help eliminate stigma surrounding mental illness, and further establish a sense of community and support within the BEAST Championship. Jason and his team have raised funds to help spread Suicide Awareness to Young Veterans and men in particular, to let those at-risk know that they aren’t alone in their fight with mental health.

“BEAST Championship and BEAST Training Centre welcomes everyone as a family. We treat everyone we meet with respect and courtesy and this has seen a steady growth of support and a diverse fan base. This Charity Fight Night was received brilliantly, as everyone is committed to fighting Mental Injuries and reiterating that message to our wider community that they don’t have to fight those thoughts of suicide or depression alone.”

“I live with Chronic PTSD and Major Depression Disorder. I fight it on a daily basis. I’ve broken four disks in my back, had two badly torn shoulders as well as 22 other Army-related injuries, but dedicating my time to others has helped give me a cause and a purpose. Soldiers would rather die than fail a mission, so in that sense I am 100 percent committed to fight for mental health.”

Jason said that one of the best parts of the event was watching the Tradies train for six months in preparation for their fights. Most of those involved lost massive amounts of weight while building fitness, as well as improving their physical and mental health in all aspects of their lives.

“Their stories and triumphs over adversity and sadness, as well as knowing why they were fighting was the biggest reason that my team and I worked for four days in rain and mud to build the event, then another four days afterward to pack it up. The mission will always be more important than my comfort.”

BEAST Championship employed 54 staff to run the event on the second of July, with a combination of regular volunteers and their paid staff. There were 26 fighters involved in the Charity and Championship fights, with fifty coaches and corners involved as well. The night was supported by major sponsors Aestec Services, Spinal Health and Co, Flexihire, Stage and Audio and BEAST Fuel.

BEAST Training Centre currently trains Veterans and children in foster care for free, as well as providing 50 percent off classes for emergency services personnel, to support those who keep the community safe.

“We have donated hundreds of hours to local self-defense seminars, courses, antibullying speeches and many more things we do week-in, week-out. We value the principles of our parent organisation ONE Championship by living to our code of integrity, humility, honor, respect, courage, discipline and compassion.

“I  live by the belief ‘your attitude determines your altitude.’” 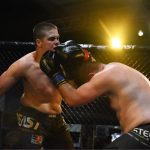 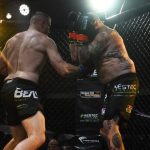 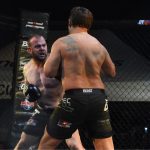 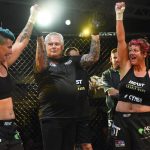 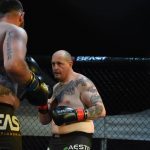 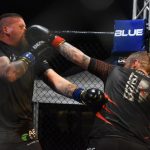 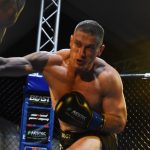