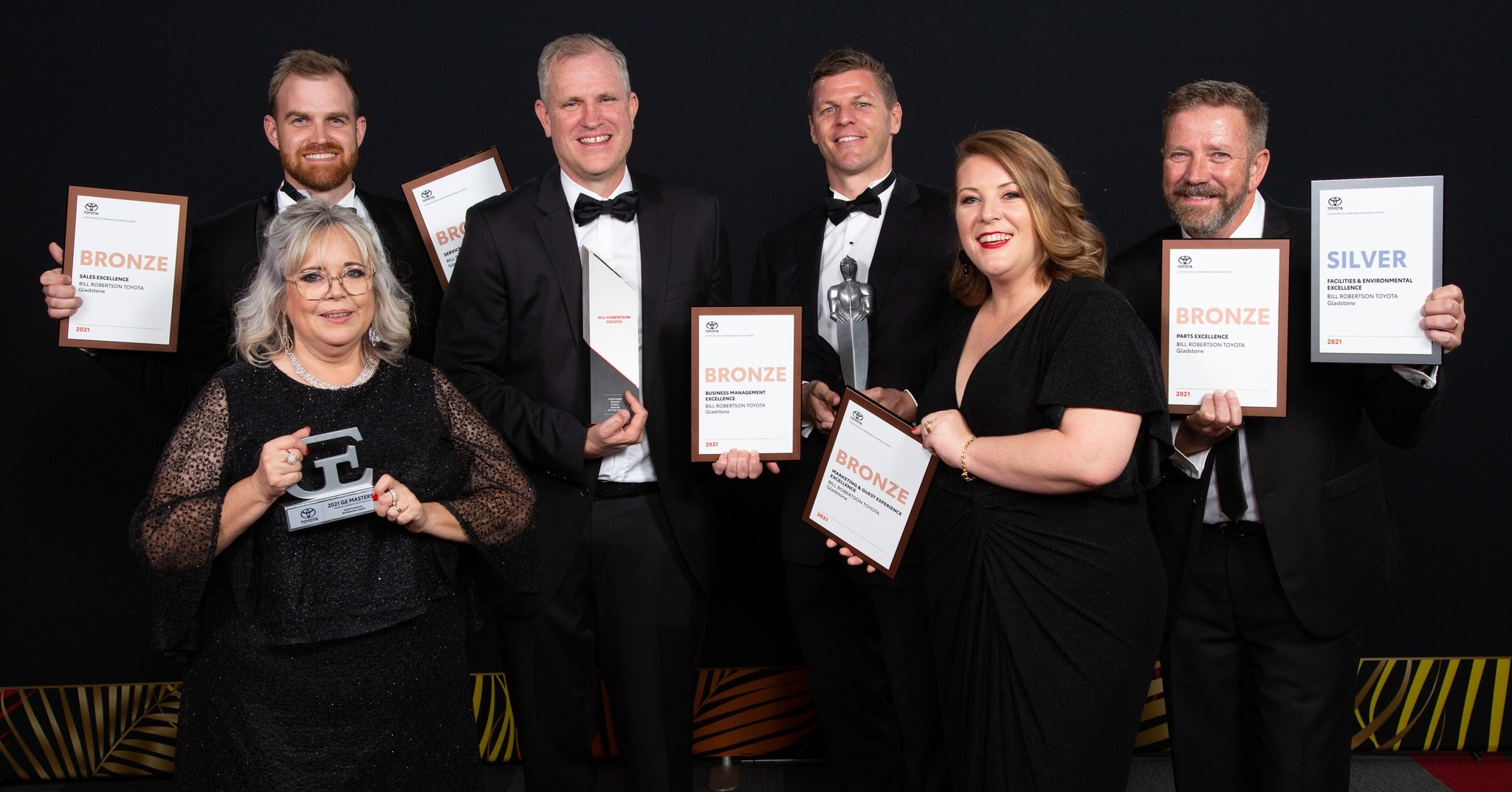 The management team at Bill Robertson Toyota attended the awards ceremony in mid-March, and returned accompanied by nine separate awards.

The awards included Excellence Awards in Parts, Service, Sales, Business Management, Guest Experience, Marketing, Facilities and Environmental Practices. The most exciting part of the evening, however, was being awarded with the 2021 Rural Toyota Dealer of the Year Award.

“This is truly an award that requires everyone at our dealership to do their jobs at a high standard every day. Toyota Motor Corporation recognizes the most outstanding Metropolitan and Rural Dealer’s in each Region, which is only ten winners throughout Australia each year, so we were thrilled to be announced as the Rural Dealer of the Year winner for our 2021 achievements. These achievements represent consistent performance across all areas of our business and exemplary performance in commitment to our guests,” said Bill Robertson Toyota Dealer Principal, James Robertson.