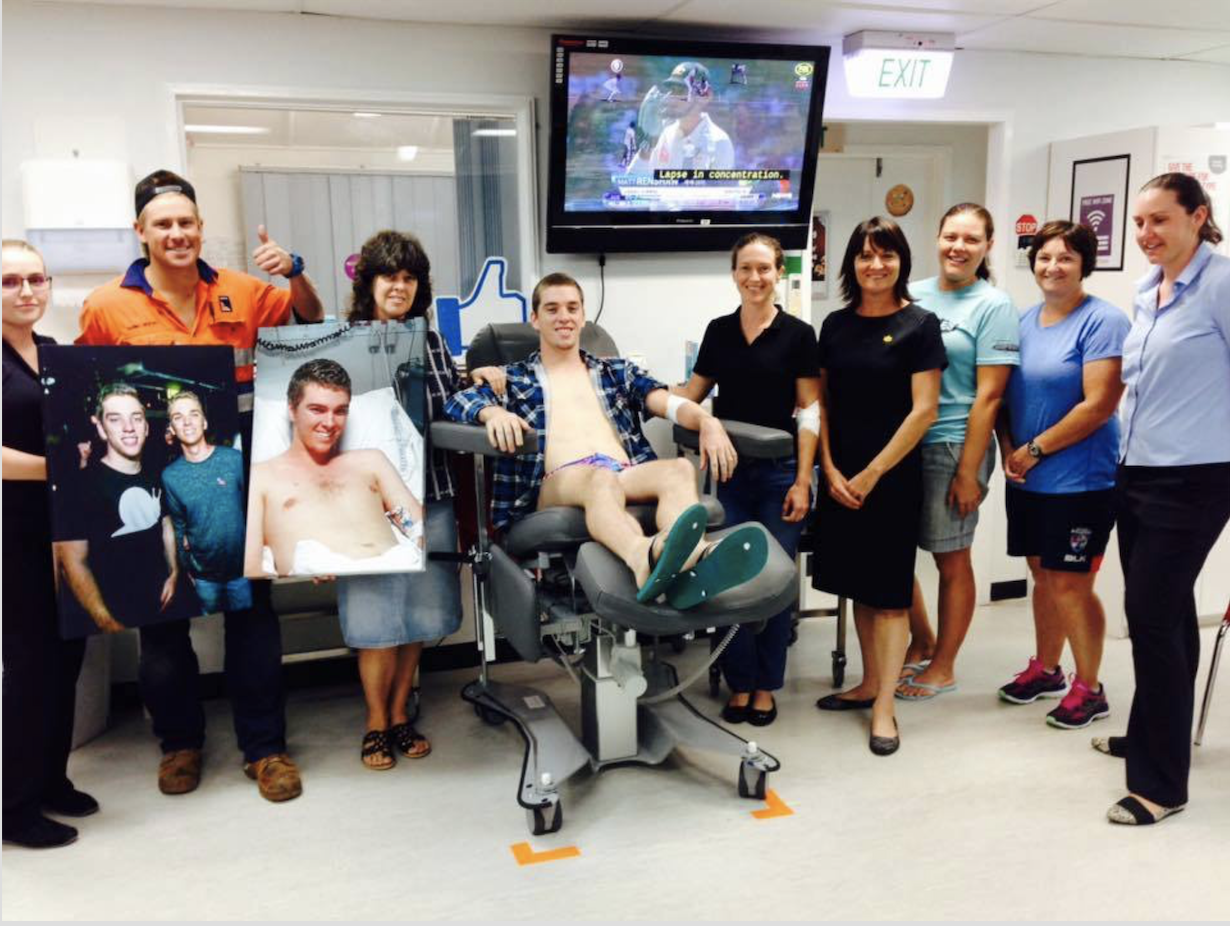 Posted at 12:19h in More Articles by sales@gladstonenews.com.au 0 Comments

EVERYTIME Jenny Holland bleeds; she bleeds for her son Brent.

Gladstone is bleeding with her, donating blood as part of a Donor Group called Bleed 4 Brent, in solidarity for a lost son.

Forever age 20, Brent Holland lived a fast life, and his life, in turn, was taken altogether too fast.

“He thought he had all the time in the world to get things done,” his eulogy read.

“It is hard to put into words the challenges we saw Brent face in the last year and the courage and determination with which he faced them. One day he was just a normal teenager going to work and the next day he was flown to Brisbane and told not to expect to go home for 5 months.”

Suffering a sudden and unimaginable battle, Brent was diagnosed with Acute Myeloid Leukaemia on February 25 in 2016. Within the following months, his brother proudly donated stem cells to his brother and combined with blood and platelet donations, Brent was in remission for a few months.

These gifts of life meant Brent could achieve his goals, firstly of never wasting another night in a hospital bed and secondly to spend more time with his family.

To his loved ones, every transfusion bought time for Brent and every hour bought was priceless. The time between initial diagnosis, to surgery, relapse and Brent’s passing was tragically just over 12 months.

For parents Jenny and Allan, brother and best mate Scott and girlfriend of three years Jodie, their loss is, understandably, shattering.

Mother Jenny agrees that the journey diagnosis onwards was a waking nightmare.

One way to process their grief is to pay it forward, donating blood and platelets to help save lives and give the gift of time to other families, as was done for them.

In March alone, the members of Bleed 4 Brent have made 19 donations, saving 57 lives.

For donors, the impact of their gift is tangible and raw.

“I always think of the many many cannulas that Brent endured when they hook me up,” explains Brent’s mother Jenny.

“As his Mum, I am very very sad but also very very proud. He lined up for his transfusions, forced down his many pills and ate even when he could barely face food… just to stay with us. My going in to donate every couple of weeks is no effort at all compared to the effort he made. He used every last drop of every transfusion he received to keep on fighting.”

Despite his devastatingly young age, Brent’s enduring legacy is a sign of a life well lived.

He lived every day of his life surrounded by love. And even without him here, that love only continues to grow.

“Brent showed us by example to never ever give up believing that you can keep going if you try hard enough. He never sought sympathy nor showed any self-pity. He worked so hard to stay with us as long as he could,” his parents said.

“We are beyond proud of the man Brent was and can now only imagine what our future with him would have been.”