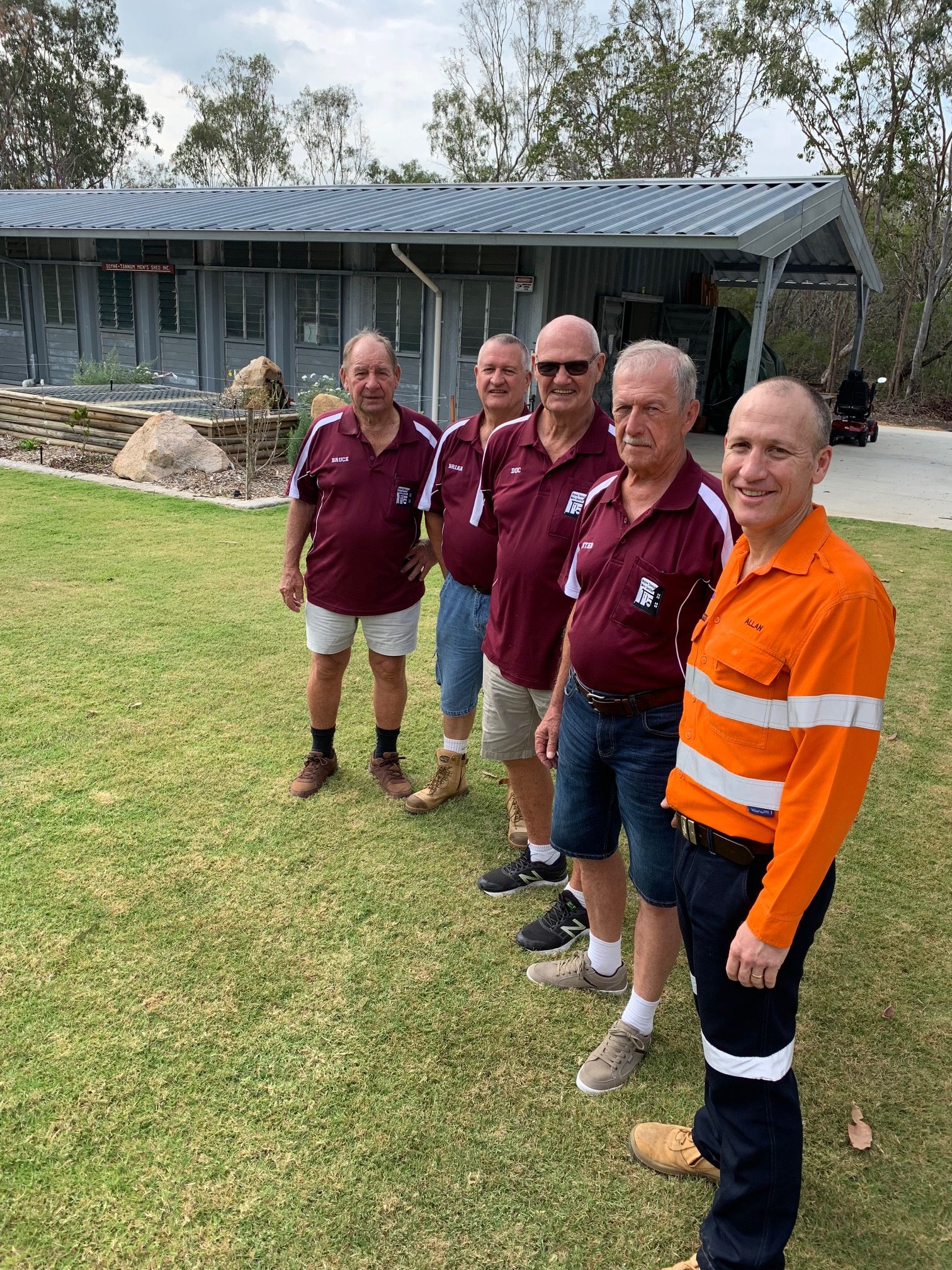 Since officially opening in March this year the men’s shed membership has grown to more than 80. The influx of members has meant additional shed space has been necessary. The second shed has now been built and is currently in the process of being fitted out with work benches and equipment for the members to work on projects. Ian Anderson, from the Boyne Tannum Men’s Shed, said the expansion has only been achieved through the support of valued sponsors and the efforts of the hard-working members.

Men from all walks of life form strong bonds within the shed which provides them with a place keep busy, sit and have a chat or coffee and build friendships. Mr Anderson said the group works on lots of projects and has completed work for local schools, kindergartens and clubs as well as some local businesses.

Funding for the building of the extra shed was received from the QGC Communities Fund. Shell QGC Asset Manager, Peter Norman said that Shell QGC is proud to have helped the Boyne Tannum Men’s Shed achieve their impressive home. “With a $30,000 donation through the QGC Communities Fund, their new meeting and workshop spaces gives members a ‘base camp’ where they can complete projects which benefit the broader community, while also offering mateship and support to each other.”

The Boyne Tannum Men’ Shed group is among the 30 local organisations which have received a share of $1.1 million in funding through the Communities Fund since it was established in 2014.