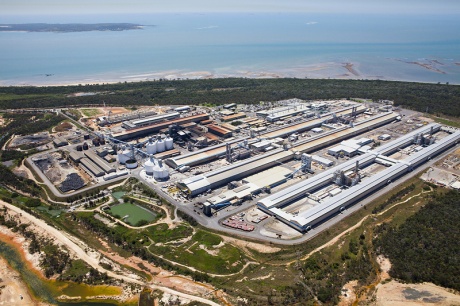 Gladstone’s Boyne Smelters Ltd will cut production and be forced to reduce jobs because of unsustainably high power prices.

In response to elevated electricity prices in Queensland over a sustained period, BSL is in the process of reducing production by approximately eight per cent by progressively dropping up to 80MW of power from its production circuit.

Around 85 per cent of BSL’s electricity requirements are provided by a long-term contract with Gladstone Power Station. The remaining 15 per cent is currently supplied via the spot market.

Following days of elevated prices, the spot electricity price skyrocketed to $12,000-$14,000/MWh over the weekend from an average of $66.80/MWh the weekend before, despite significantly more electricity generating capacity being available in Queensland. With the Australian Energy Market Operator (AEMO) forecasting recordbreaking demand in the next seven-day period, similar pricing trends are expected.

Due to sustained high pricing this year, almost three times higher than the 2016 average, BSL is unable to maintain full production. As a result, the decision to activate a carefully managed curtailment has become necessary.

This curtailment could result in a potential loss of around 45,000 tonnes of aluminium production for 2017.

BSL General Manager Joe Rea said: “This is the second time in three years we’ve had to curtail production on a large scale because of uncompetitive electricity prices. BSL is paying more than 500 times more than what it costs to generate electricity.

“The decision to curtail production is a very difficult one. It takes months, not weeks, to bring the smelter back to a stable full capacity, and that can only happen if and when power prices become competitive.

“BSL has been unable to secure an internationally competitive price for our additional load. We are not prepared to lock into a contractual arrangement that would have us paying delivered energy prices comparable to the least competitive countries in the world outside of China.

“It is an on-going concern for our business that the trajectory for wholesale electricity prices in Queensland is a significantly increasing trend – doubling since October 2014. From 1 January this year, we saw a real upward change in spot market power pricing. This all comes at a time when the price for aluminium in Australian dollar terms remains lower now than during the Global Financial Crisis. Electricity prices in Queensland and the recent bidding practices of generators are putting BSL jobs at risk.

“We will leave no stone unturned to protect the jobs of our BSL employees, however; the curtailment of production means we can no longer sustain today’s workforce numbers. We’ll know the extent of that impact in the coming weeks.”

Boyne Smelters makes an important economic and social contribution to the national, state and regional economy. The operation employs around 1,000 people and indirectly supports about 6,700 jobs nationally, with 3,000 of these jobs in the Gladstone region. The smelter contributes more than $1.4 billion annually to Australia’s Gross Domestic Product, with more than half of this economic benefit going to the Gladstone region.

More info here as it breaks.