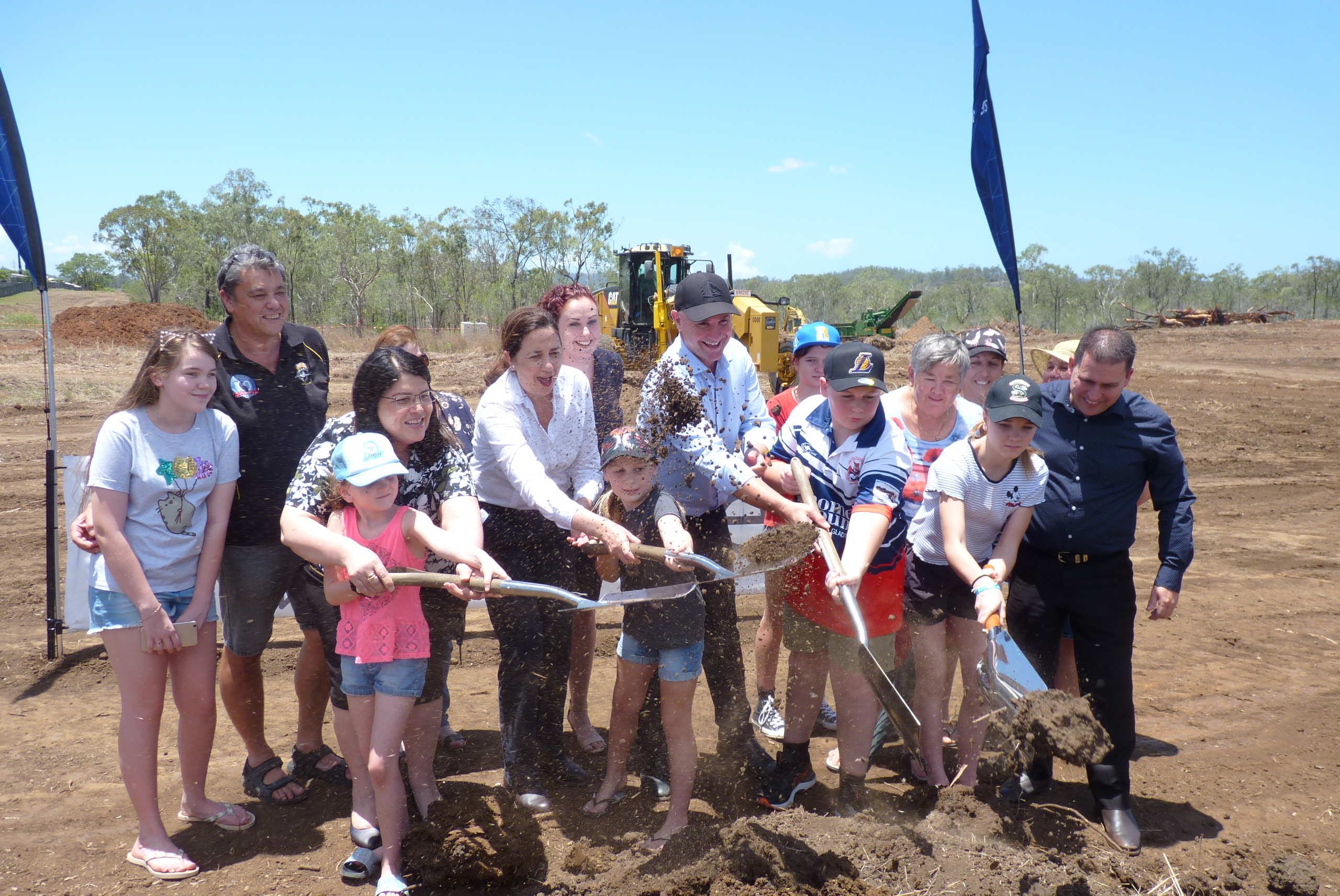 Posted at 10:28h in Education, More Articles by News 0 Comments

Four shiny shovels in the hands of young Calliope residents turned the first sod of soil at the site for the long-awaited Calliope High School early last week. Joined by Queensland Premier Annastacia Palaszczuk, Education Minister Grace Grace, Member for Gladstone Glenn Butcher and Gladstone Regional Council Mayor, Matt Burnett the Calliope community celebrated the exciting and important milestone. “The school has been a long time coming for the Calliope community”, the Premier said.  “I am so pleased to be delivering on the State Government’s commitment to building it,” she continued.

Calliope resident and Calliope High School Campaign Co-ordinator, Lynda Ninness told Gladstone News that the breaking of the ground was the end of a long, but worthwhile battle. “For the last five and a half years we have been fighting to save land, to stop the rezoning of land and today we get to break the ground for the building of Calliope’s High School,” Lynda said.

Member for Gladstone, Glenn Butcher, said the school on Don Cameron Drive, was being built by construction firm Paynters Pty Ltd with Stage One expected to open in January 2020.  “I look forward to seeing the inaugural students walk through the gates,” Mr Butcher said. “The Calliope community has been crying out for a high school to service the township for years,” he continued. “There are some 360 state secondary students living in Calliope and nearby areas who predominantly attend Gladstone or Toolooa State High Schools, with a small number of students attending Tannum Sands State High School or taking part in distance education. Establishing a high school in Calliope students’ own backyard is great news for them and their families.”

The school will be built in stages with 200 students in Years 7 and 8 to walk through the gates in 2020. “Stage One is an investment of $42.46 million, consisting of an admin building, resource centre and hall,” Education Minister Grace Grace said. “Stage 2 ($16.5 million) will be ready for the start of the 2022 school year, catering for an additional 240 students. The school will grow by approximately 100 students per year to approximately 800 students over the longer term.”