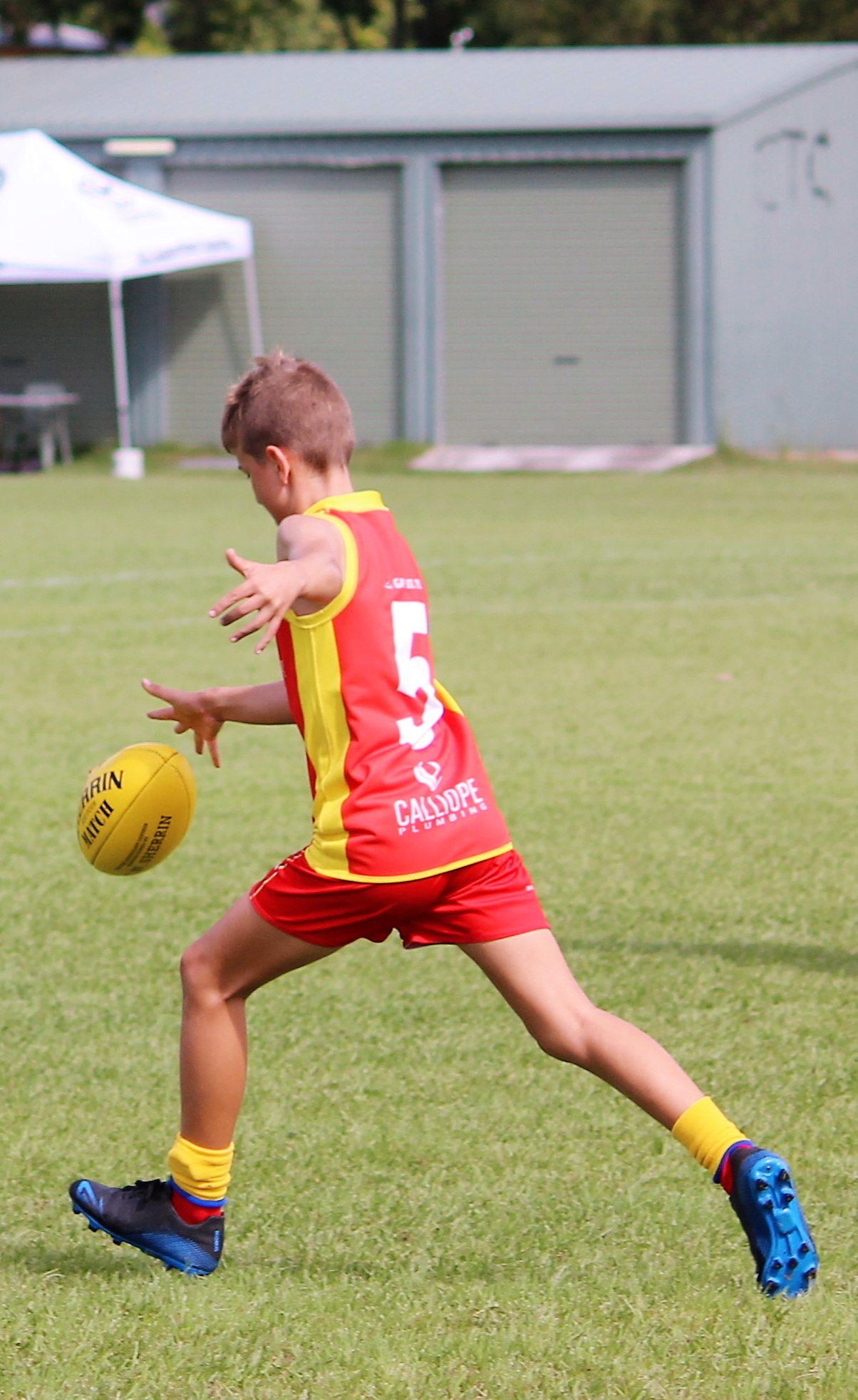 Twelve-year-old Leo Rays is the first child from the Capricornia team to be selected for the state team in more than ten years.

Leo could not be more excited about being selected for this program.

“I am so happy to be selected. It’s always been a dream of mine to play AFL professionally, so it’s a huge step for my career. I love footy and love the support I have from my team, friends and my family. I can’t wait to travel to Adelaide and meet some of Australia’s best AFL players,” said Leo.

Leo’s mother, Jade Rays, said that Leo has been an avid player of AFL since he was six years old.

“I have to call him in at dark just to get him to shower and eat- he would carry his Football everywhere with him if he could,” said Jade.

The Calliope State High School Student will attend the School Sport Australia, Australian Football ‘12yrs and under’ championships in Adelaide later this year as part of the 10-12yrs Queensland AFL State team.

“Leo is Calliope State High School’s first ever student to represent in a Queensland side. This was his third attempt at making the Capricornia team, and his first year of being selected for it. To make it to the state team as well in the same year is really huge, and shows how hard work, commitment and resilience can help you be whoever you want to be.”

The Capricornia team played at the Queensland AFL State Championships in Maroochydore from the 9th to the 12th of June, where Leo was awarded ‘Most Valuable Player’ for the Capricornia Team.