Celebrating Chinese New Year 2018 – The Year of the Dog 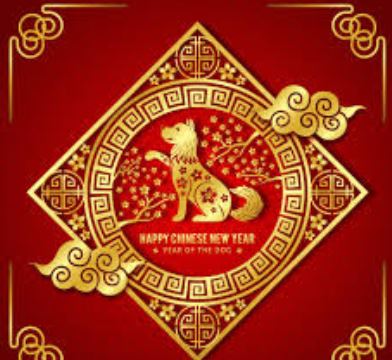 Chinese New Year 2018 is the Year of the Dog, and with its arrival comes a host of superstitions that will apparently dictate how the next twelve months will play out for each of us.

According to Chinese superstition, doing any of these on 16 February – the day Chinese New Year falls on in 2018 – will lead to bad luck for the entire coming year.

It isn’t all doom and gloom: 2018 is the Year of the Dog, an animal which symbolises luck.

The annual celebration begins on the new moon that comes between 21 January and 20 February. This year, it starts on 16 February 2018 and will end on 4 February 2019, when the Year of the Pig begins.

The new year, also known in China as the Spring Festival, is marked by the lunisolar Chinese calendar; this means the date changes from year to year.

The festivities usually start the day before the New Year and continue until the Lantern Festival, the 15th day of the new year.

The Chinese zodiac is divided into 12 blocks (or houses) just like its western counterpart, but with the major difference that each house has a time-length of one year instead of one month.