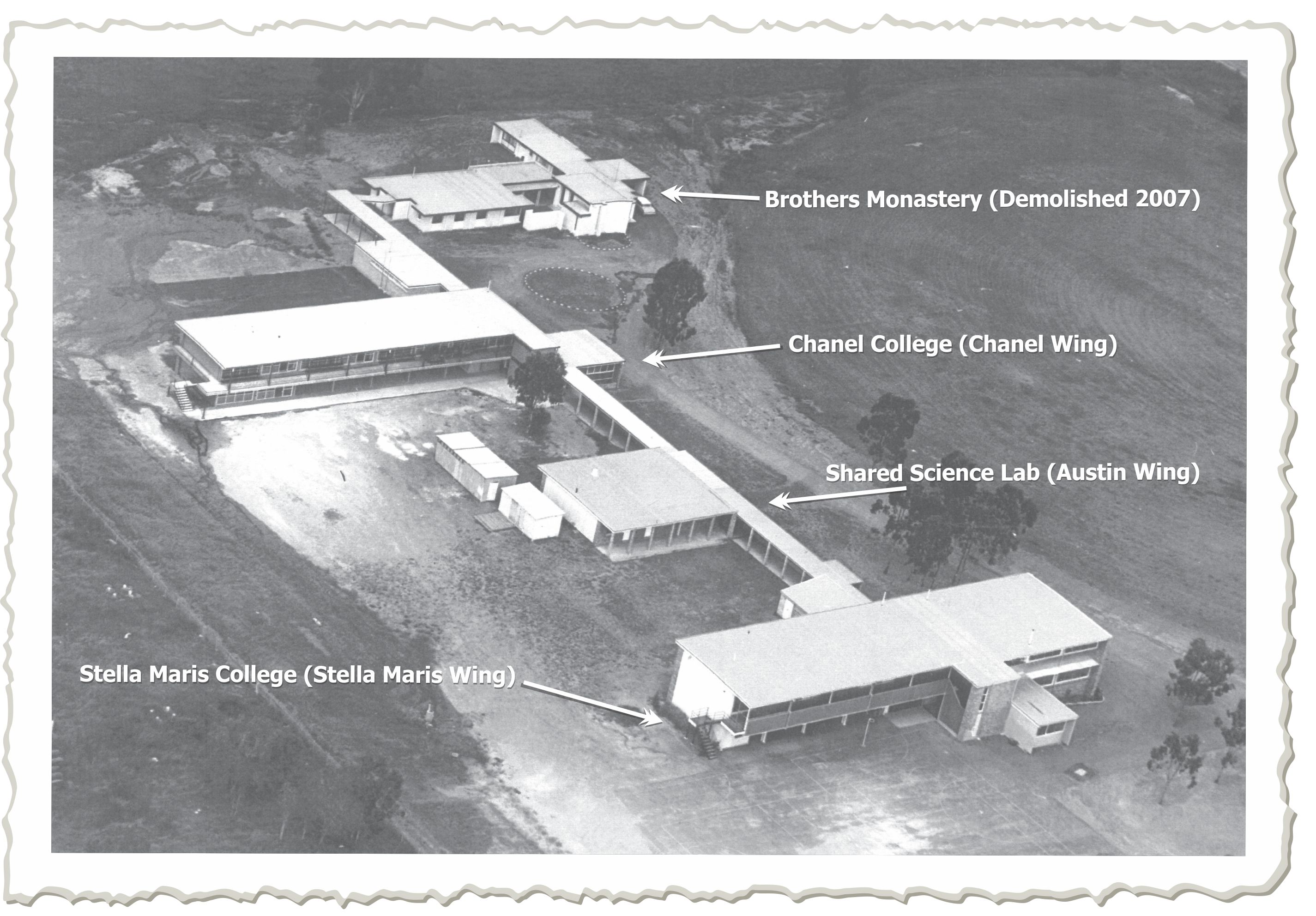 Posted at 10:27h in Community, Education, Local by Jac 0 Comments

This is a very special year for Chanel College as they celebrate their Golden Jubilee in 2016.

The theme for the year is “Rejoice and be Glad” as the school remembers with gratitude the many people who established and fostered the College community where the life of Jesus is their model for action.

In 1966, with Sister Mary Sylvester RSM as its first Principal, a temporary school opened under the presbytery in Goondoon Street with 23 students.  A short time later the students were moved to a two–roomed cottage near the Stella Maris Primary School – now known as Star of the Sea.

Then, in 1967 the school moved to the current site with the only buildings being the Stella Maris Wing and a Science Block (the Austin Wing).  On 9 April 1967 Stella Maris College was opened and blessed by the Bishop of Rockhampton Bishop Francis Rush.

That same year in May, the second stage of the building program commenced construction: which included a classroom block for boys which would be known as Chanel College (now the Chanel Wing).

Chanel College Principal Sharon Volp said, “Our school has experienced many physical changes over the last fifty years.  Recently Chanel College has completed construction of Stage 1 of the master plan which involved a new Administration building, new Industrial Design and Technologies precinct, Chapel refurbishment and extension, as well as a new car park.  These new facilities will be blessed and opened on the 1st of June (Chanel Day) as part of our Golden Jubilee Celebrations.

Sharon Volp and Chanel College has warmly welcomes any person who has had some connection to Chanel College over the last 50 years to join them for the Golden Jubilee Celebrations on the weekend of 3 – 5 June. Past students, parents and staff members are encouraged to come along, reconnect and share memories as the school  will “Rejoice and Be Glad”.

Gladstone News would like to congratulate all Chanel College staff, students, and parents – both past and present, on such a huge milestone!