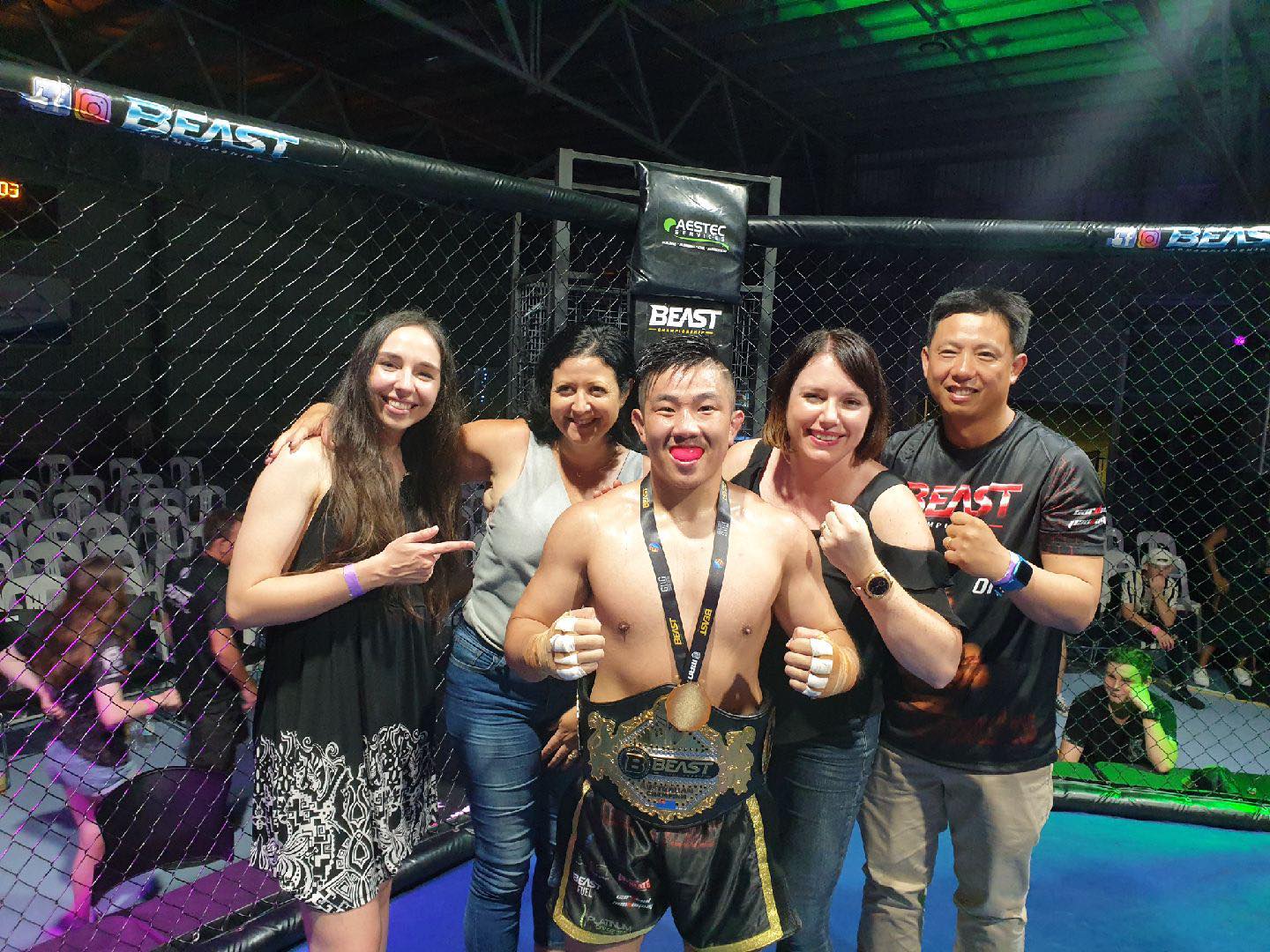 After starting kickboxing at age 13 to build his confidence due to bullying, Gladstone’s Dr Kenny “the Pitbull” Tse has been crowned the Australian Bantamweight Kickboxing Champion.

Despite both fighters trading phenomenal combinations and power shots from the opening second to the end bell, Kenny defeated Arthur Juckes via unanimous decision after a five round kickboxing battle at the BEAST Championship Fight Night in Calliope on October 30.

Kenny, who won his first fight at age 15 against an adult opponent, said after coming out of a two and a half year lay-off, with three consecutive losses, the real battle on the night was a mental one.

“I had to beat myself before I could beat my opponent,” the Chiropractor, who works at Platinum Chiropractic Centre, said.

“This fight was about battling the demons in my head, and trusting my own abilities, and igniting that inner fire in my belly.

“The thrill of winning and the title belt was nice, but that all comes second to fighting through all the challenges and adversities of life. The glory is often only seen as winning, but glory is more than that.

“It’s that 13-year-old kid, who was bullied for being overweight, picked on because of his ethnicity, throwing every punch and kick, to fight back against bullying.

“My hope is that my story can inspire other young people, who may be at a turning point in their lives, to fight back for themselves.”

With a special interest in treating spinal disorders and dysfunctions, as well as common sporting injuries, Kenny said his professional kickboxing career was complementary to his career as a Chiropractor.

“All day I get the chance to meet people, from all walks of life, often with injuries that have impacted their lives in a negative way,” he said.

“When I get to help treat them, they can attain a very active and enjoyable life around some of their ailments, this feeling is indescribable.

“You are using your hands and knowledge to improve people’s lives, and when I step into Beast Martial Arts I also meet people who are searching for something different and positive to add to their current lifestyle.

“In this way I am surrounding myself with positivity, by choosing to spend my time, both professional and personal, helping others and genuinely trying to be a good, contributing member of society.”

Looking to the future, Kenny said he had full faith in his coaches Jason Hoad and James Roesler.

“Jason has already been speaking with ONE Championship about potential fights overseas in 2022,” he said.

“They’ve already received numerous offers for me to compete in both Australian and World Kickboxing Titles since winning the BEAST Championship Bantamweight Title, but more opportunities arrive every day, so we are currently seeing which pathways are the best for my professional career.”

Kenny said he took a philosophical approach to both his kickboxer and chiropractor careers.

“Life will throw lots of obstacles your way, but I believe that how you react to these obstacles determines the type of person you are,” he said.

“If you see it as life trying to beat you down, then you will develop a negative victim type mentality.

“You will view life as the glass half empty type of person, instead of rising to tackle these obstacles head on.

“When you start to take these obstacles as chances to grow, as a Chiro, as a fighter, as a parent, a coach, as a friend, you will start to develop the glass half full view on life, and will battle your way though these obstacles with grit and determination.

“Find your passion and find your purpose, and find a way to make these two things align, and let nothing stop you from achieving what it is that will make you happy as a person.” 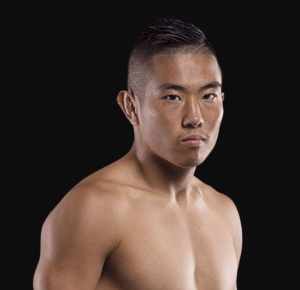