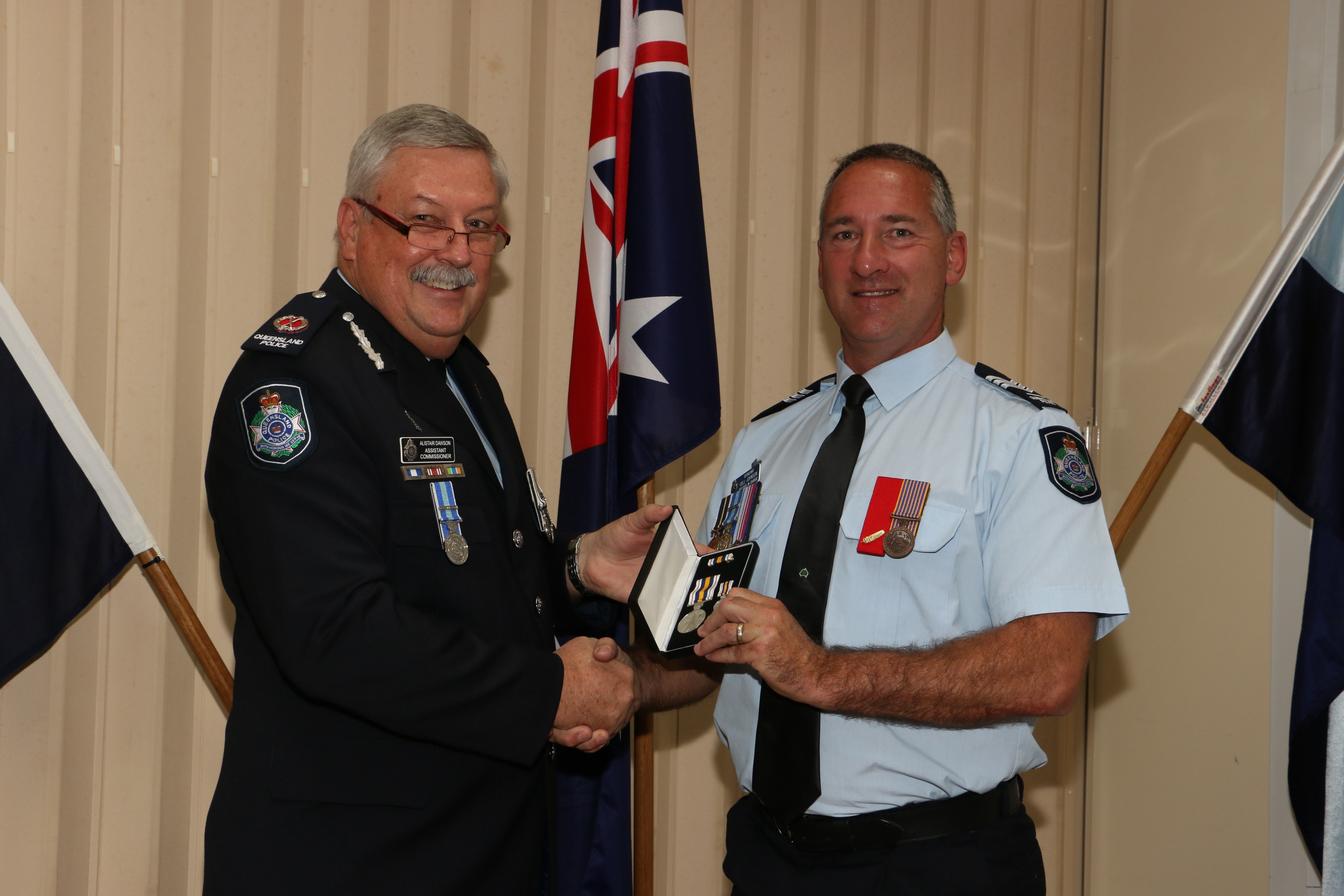 Posted at 15:46h in Community, News, Police by sales@gladstonenews.com.au 0 Comments

This week members of the Queensland Police Service and their family members united together to recognise the dedication and service of twenty-four officers and six staff members. The members were awarded an array of medals and awards which were presented by Central Region Assistant Commissioner Alistair Dawson.

Member for Gladstone Glenn Butcher attended the ceremony on behalf of Minister for Police, Fire and Emergency Services and Minister for Corrective Services, The Honourable Mr William Byrne.

Some of the medal categories included:
The National Police Service medal which requires a minimum of 15 years’ service and represents a police officer’s past and future commitment.

The National Medal, introduced to recognise 15 years diligent service by members of the defence force, Australian Police forces and members of the ambulance and fire service.

The Queensland Police Bravery Medal for an officer who performs an act of bravery in hazardous circumstances. The recipients for the Bravery Medal were Sergeant Andrew Irvine and Constable Christopher Findlay.

Congratulations to all medal and award recipients!