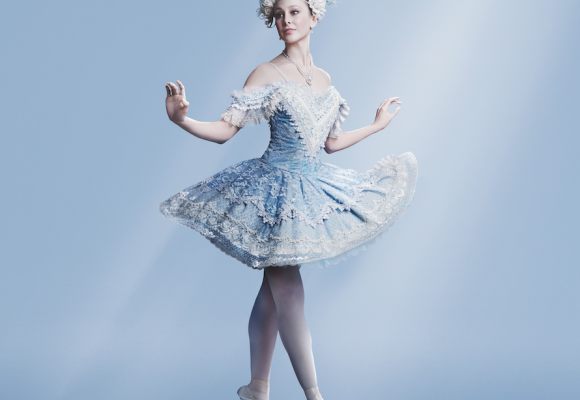 The Australian Ballet is bringing the much-loved classic Coppelia to the Gladstone Entertainment and Convention Centre on July 31.

Speaking to Gladstone News on the eve of their departure on tour, Dance Master Steven Heathcote says they’re really excited – and it’s not just to share their artform with us:

“It’s a brilliant time of year to be getting out of Melbourne, I have to tell you.”

“Regional tours are a win-win situation for us because our dancers get an enormous amount out of engaging with these communities that don’t normally get Main Stage productions. And we’d like to think that the communities where we do perform get a lot of pleasure from us being there.”

Steven says all the dancers enjoy performing Coppelia which is a particularly popular choice for all ages:

“It’s got so many great elements – it really centres around Doctor Coppelius who is this really eccentric, reclusive character – and he’s created a doll – the Coppelia doll – which in kind of a sad way is his attempt to create a daughter, because he has nothing in his life,” he said.

Dr Coppelius is a figure in the village who no one really understands. Everyone is a little afraid of him  and he becomes the subject of ridicule and bullying.

“It’s all quite relatable, they’re human scenes so they never really date,” Steven said “The dancers don’t just dance, they really get into the character. I feel like that’s why it might be so popular.”

In act two, the hero and heroine of the story – Franz and Swanhilda – separately find their way into Dr Coppelius’ workshop. He captures Frans intending to extract his life force to into his doll:

“Swanhilde has taken the place of the doll, so she pretends to come to life. In the fracas that ensues in his workshop he thinks his magic is working, but really it’s not. It’s kinda sad,” Steven said.

“In the third act, everyone has grown up a bit and learned a few lessons and of course Swanhilde and Frans get married and everyone dances a lot because that’s what happens when people get married in ballets.”

Tickets for the Australian Ballet’s Gladstone performance of Coppelia can be purchased from the GECC:  www.gladstoneentertainment.com