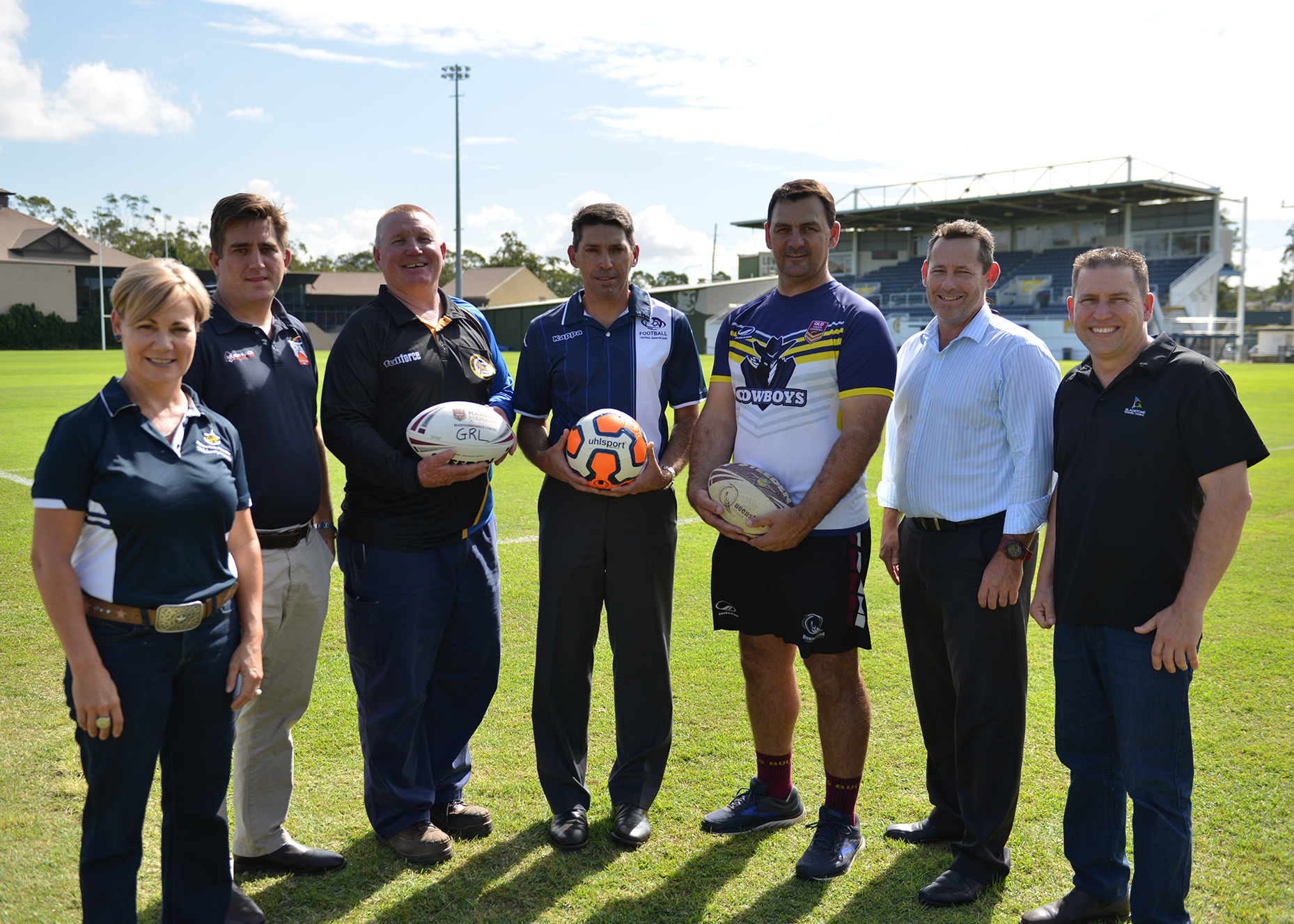 Gladstone Regional Council will lobby for state and federal funding towards the redevelopment of Gladstone’s iconic, Marley Brown Oval.

“The Gladstone Region will not be sidelined. We are passionately committed and driven to encourage quality teams from the various sporting codes to play in front of their regional fans,” he said. “The only thing more exciting than watching top-level games is being able to watch them and experience the game excitement with mates on home ground, which for us, is Gladstone’s own Marley Brown Oval.”

“We’ve already shown that the site is capable of hosting premier events and that has helped entice more high-level players and games to the Marley Brown grounds,” Councillor Burnett continued.

Councillor Burnett explained that in May the North Queensland Cowboys from the NRL Touch Premiership will visit Gladstone to host coaching clinics and an exhibition game. The Brisbane Roar is scheduled to play at Marley Brown Oval in a pre-season match and the Gladstone Regional Council is working with Queensland Rugby Union to bring an NRC championship game to Gladstone later this year. Additionally, Council is also liaising with NRL clubs to bring an NRL pre-season or season proper game to Gladstone in coming years.

“The ability to attract teams of this calibre is fantastic news for our region and community with fans of football, rugby league, rugby union and touch football the definite winners,” Councillor Burnett said.

Cr Burnett said the securing of top teams and their commitment to travel to the Gladstone Region to play was a testament to the potential for a big future ahead for Marley Brown Oval and reinforced the need to upgrade the facility. In 2018-19 Gladstone Regional Council’s budget had allocated $100,000 for the creation of a master plan to detail expansion options at the site.

Brisbane Roar CEO David Pourre said the club appreciated the opportunity Council had provided to bring players to the region for a week-long training camp concluding in a pre-season fixture.

“This year, we look forward to visiting and engaging the Gladstone and surrounding football communities early in our 2019/20 pre-season preparations.

“It’s a great opportunity for all local fans of football and sport fans in general to meet our new Brisbane Roar Hyundai A-League Head coach and his new look squad who are determined to bring more success to Queensland in season 2019/20.”