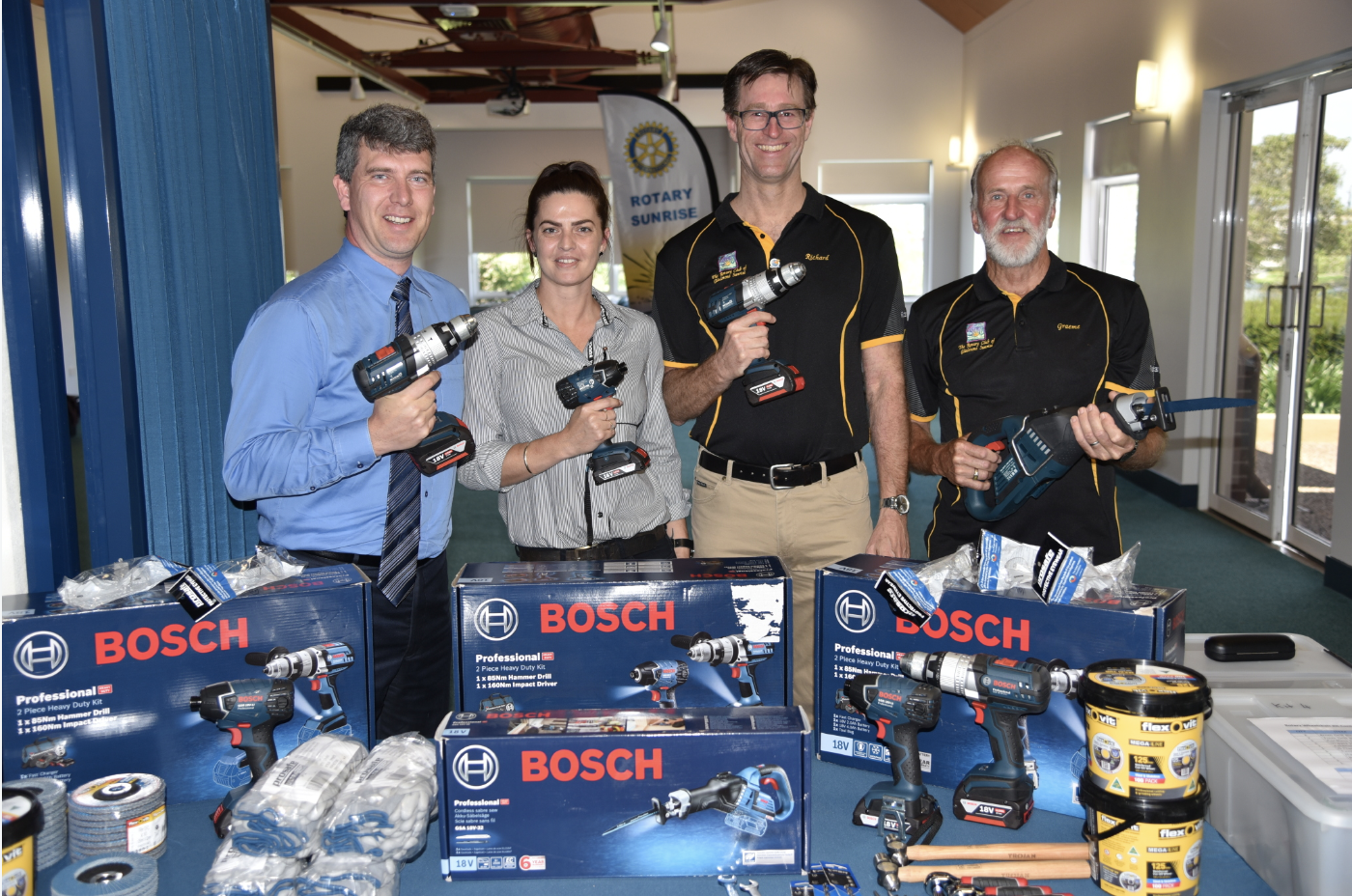 CQUniversity Student Mentor Program Officer Tanya Rutherford said the donation was a first for CQUni. “These wheelchairs were put together by students attending the SLC who participated in the Rotary guided wheelchair-making workshops on Tuesday and yesterday,” Ms Rutherford said. “The wheelchairs are ingeniously designed to be constructed from everyday items – unwanted bicycles are used for the frames and wheels, old style school chairs are used for the seats, and a plywood platform for the seat and base is locally decorated by school children.

It is such a fantastic example of how a significant impact on the lives of others can come about through rethinking everyday items with an open and creative mindset,” Ms Rutherford explained.

Blackwoods have donated more than $2,000 in equipment for the project which will also be donated to Rotary. “The tools including drills, clamps and spanners were donated to CQUni by Blackwoods and were used during the SLC workshops. They were then donated to Rotary along with some additional tools from CQUni, which will go a long way in their continued use for B2W Project wheelchairs,” Ms Rutherford said.

While not created to any recognised assessed standard, the wheelchairs are in huge demand in developing countries and the Rotary Club of Gladstone Sunrise President Richard Furness was thrilled to accept the donations. “The Sunrise Rotary Club’s Bikes to Wheelchairs (B2W) Project was a concept that originally came from Des La Rance of Surfers Sunrise 20 years ago and over 8,000 chairs have since been created and donated,” Mr Furness said. “Today’s donation by CQUniversity is very welcomed – these chairs will go a long way in assisting someone in need and the tools will allow us to continue making wheelchairs into the future.”