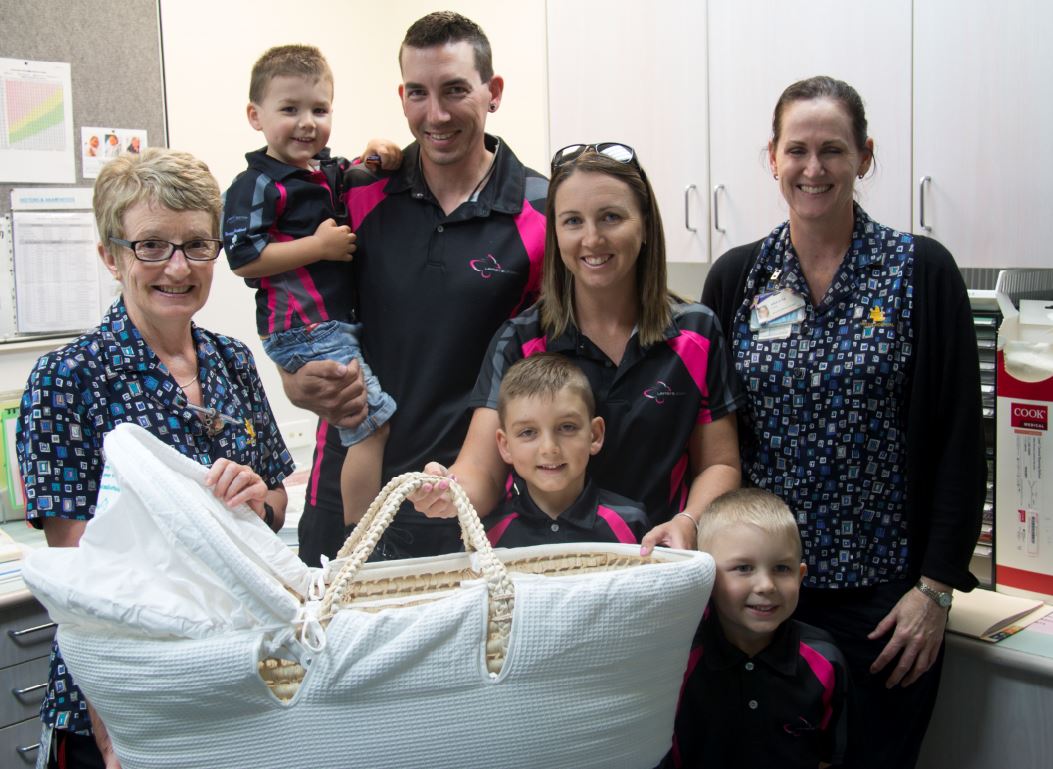 Posted at 15:33h in More Articles by sales@gladstonenews.com.au 0 Comments

Christmas is meant to be a joyous time, but on the 20th of December 2012, the St. Pierre family received the terrible news that their daughter Layney Grace, had passed away, born too early at 21 weeks and 5 days to survive in the outside world.
Mourning their only daughter, Monique and husband Jereme were nonetheless aware that Layney would need to be taken away to the hospital mortuary and that there was a time limit on their grief.

In honour of their daughter and to prevent other parents feeling they could not spend all the time they needed with their babies in their bereavement, the Tannum Sands couple aim to raise money to donate
‘cuddle cots’ to every hospital in Central Queensland, donating one today to the Gladstone Mater Hospital.

Monique says raising money for the cots is a large part of their healing process, and breaks the taboo on talking about still-birth.

“I do think there is a big taboo about talking about it. There’s no easy way,
but often when people open up they are surprised how many parents have had the same experience,” she said.

A cuddle cot is designed to keep a baby’s body cool after death. It is suitable for use with babies that have been lost through miscarriage, stillbirth, during labour or after birth.

They reassure parents that they can spend as much time as they would like with their baby, without the fear of this time being cut short by the baby needing to be cooled in the traditional fashion in a mortuary.

Costing around $6000 each, the
family have already donated cots to
the Gladstone Base Hospitals through donations raised at race meetings of the Gladstone Kart Club and during a 12-hour Scoot-a-thon.
If you, or someone you know, is struggling with grief after the death of a baby, contact the still-birth and neonatal death charity SANDS at www.sands.org.au