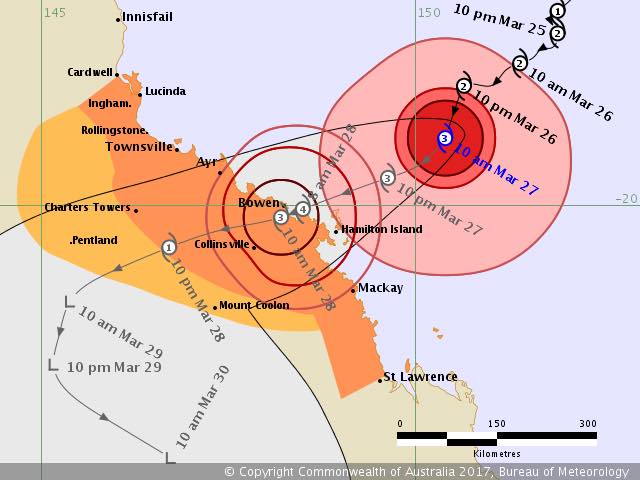 Where are we at with the storm?

At this stage Cyclone Debbie is a category three storm about 300 kilometres off the coast.
It’s tipped to become a category four cyclone and hit the coast south of Ayr at 7:00am tomorrow (Tuesday).
The Bureau of Meteorology hasn’t ruled out the chance it will turn into a category five cyclone and has warned it will be the worst storm since Cyclone Yasi in 2011.

How will Cyclone Debbie affect Gladstone?

Although we are not in the ‘Watch Zone’ for cyclone Debbie, it’s as simple as looking out the window to see that we are still seeing some effects from the storm. Winds are still stronger than normal and the rain doesn’t look to be easing up this week. Residents still need to take the effort to clean up their yards and clear any debris that could be picked up by the wind and cause damage to property. Be smart and be alert.

Keep updated with the storm on our facebook page
https://www.facebook.com/gladstonenewsweekly