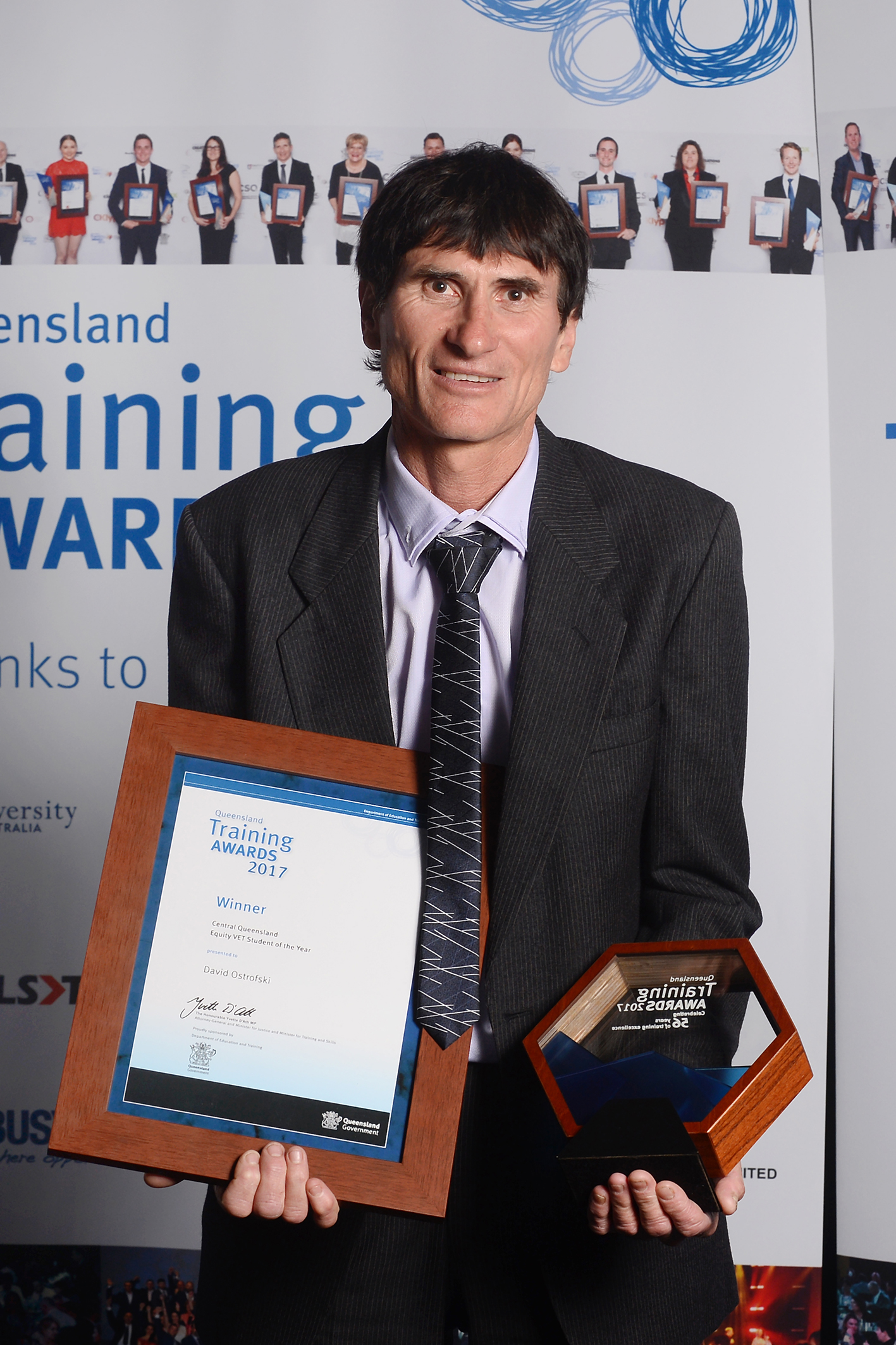 David Ostrofski’s story is one of adversity, struggle, commitment and success.

The Gladstone Regional Council Parks Labourer took out the Equity Vocational Education Training (VET) Student of the Year Award at the Central Queensland Regional Finals for the Queensland Training Awards at the weekend.

David was one of three finalists at the Gladstone Entertainment Convention Centre event, nominated for his successful completion of a Certificate III in Parks and Gardens.

Despite being overwhelmed with his win, David is the first to admit the road to success had not been easy.

“It took me 30 years to learn how to read and write which led me to believe I wouldn’t complete my competencies let alone be nominated for a prestigious award,” he said.

“At age 56, I have gained a qualification and recognition within an area that I am extremely passionate about.

“It means a lot to me as I have always wanted to be a tradesperson, but I could not have done this without the support of Council and its staff.”

“David is an extremely hard worker and Council wishes him all the best at the Queensland Training Awards State Gala Dinner in Brisbane on September 1,” Councillor Burnett said.

David now hopes to progress his career with Council and support his work colleagues.

“I always encourage my work mates to put a good effort in towards their competencies because sometimes you only get one chance,” he said.

“Upon retirement, I would love to fulfil a goal of mine to study for a Bachelor of Archaeology.”