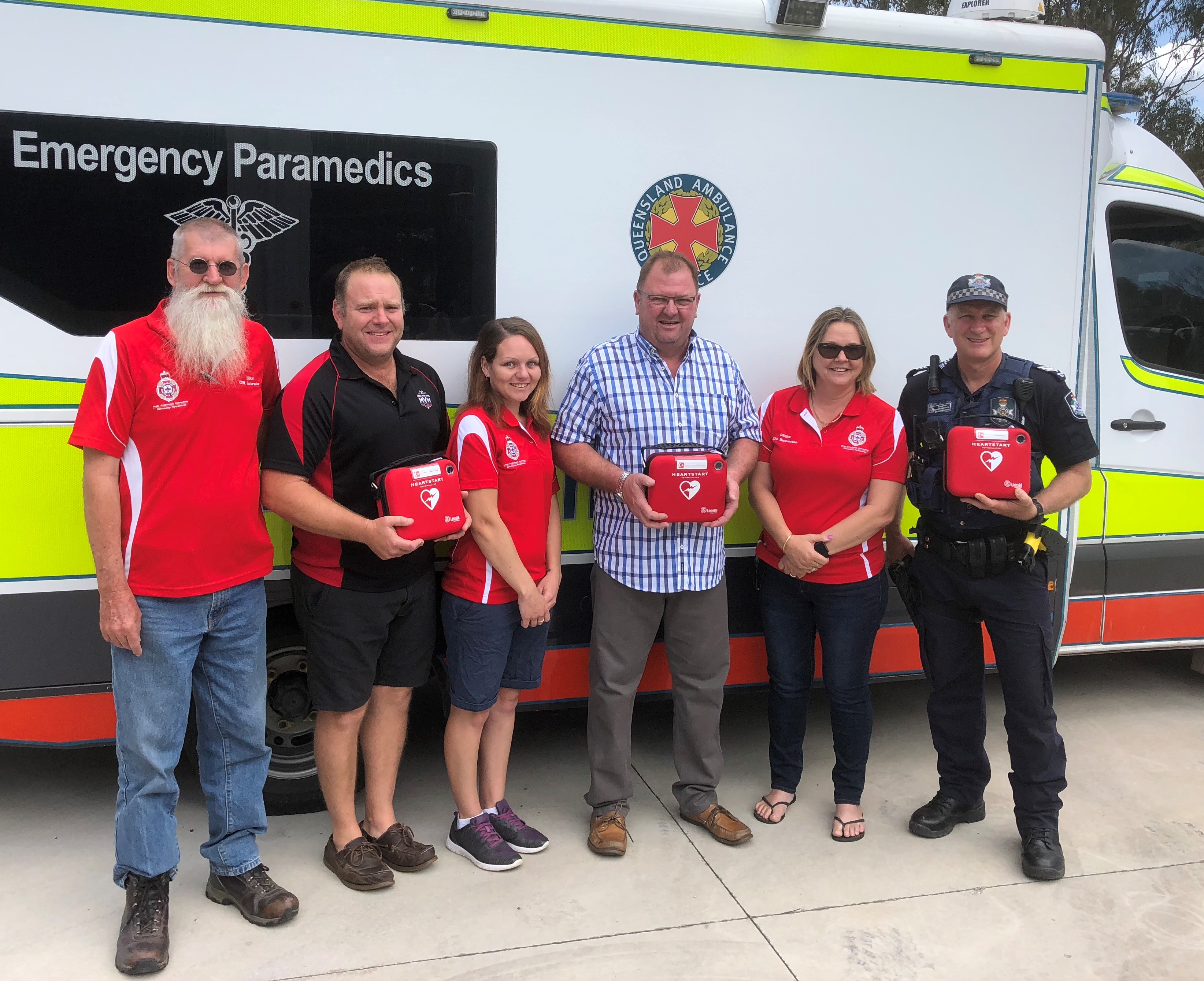 Life-saving defibrillators and mobile app to give regions a fighting chance   The Miriam Vale Local Ambulance Committee (LAC) kicked off Ambulance week celebrations by donating three Automatic External Defibrillation (AED) to local businesses in the area.  The Bororen Hotel, The Miriam Vale Hotel and The Queensland Police Service each received the lifesaving equipment in a special ceremony, held recently at the Miriam Vale Ambulance Centre.   Defibrillators are used after sudden cardiac arrest (SCA), of which strikes approx. 30,000 Australians each year. Unfortunately, the survival rate of SCA is less than 5% as access to life-saving equipment is often not close by. It’s these types of statistics that forced the Miriam Vale Local Ambulance Committee to act.  LAC committee member and QBANK Everyday Hero Nominee, Brian Rose said the LAC wanted to do something positive to try and give a fighting chance to those suffering an SCA.  “We know prompt access to this equipment is vital in surviving an SCA. Without it your chance of living to tell the tale reduces by 10% every minute,” Brian said.   “Our LAC wanted to give people a fighting chance so the idea of placing defibs in businesses within the region was the way forward. The committee has more AED’s to donate to local businesses as we see this as such a vital need,” Brian added.   Bororen Hotel Owner and Manager Jeffery Pengilly, better known in town as Macca, is eager to have the AED within his premises.  “The defibrillators will give peace of mind for locals and our customers as well as people travelling on the Bruce. People on the road will appreciate knowing this equipment is close by and accessible 24/7,” Macca said.  “The work of the LAC is outstanding and shows the respect they have for our local area and our community members,” Macca added.   Also providing peace of mind is the AED Locator app where users can locate the closest AED in their area. Those on the road can create their travel plans based on the knowledge that an AED is accessible close by if required in an emergency.  Representatives from The Queensland Police were there to accept their AED and the ceremony was well supported by community members throughout the region.