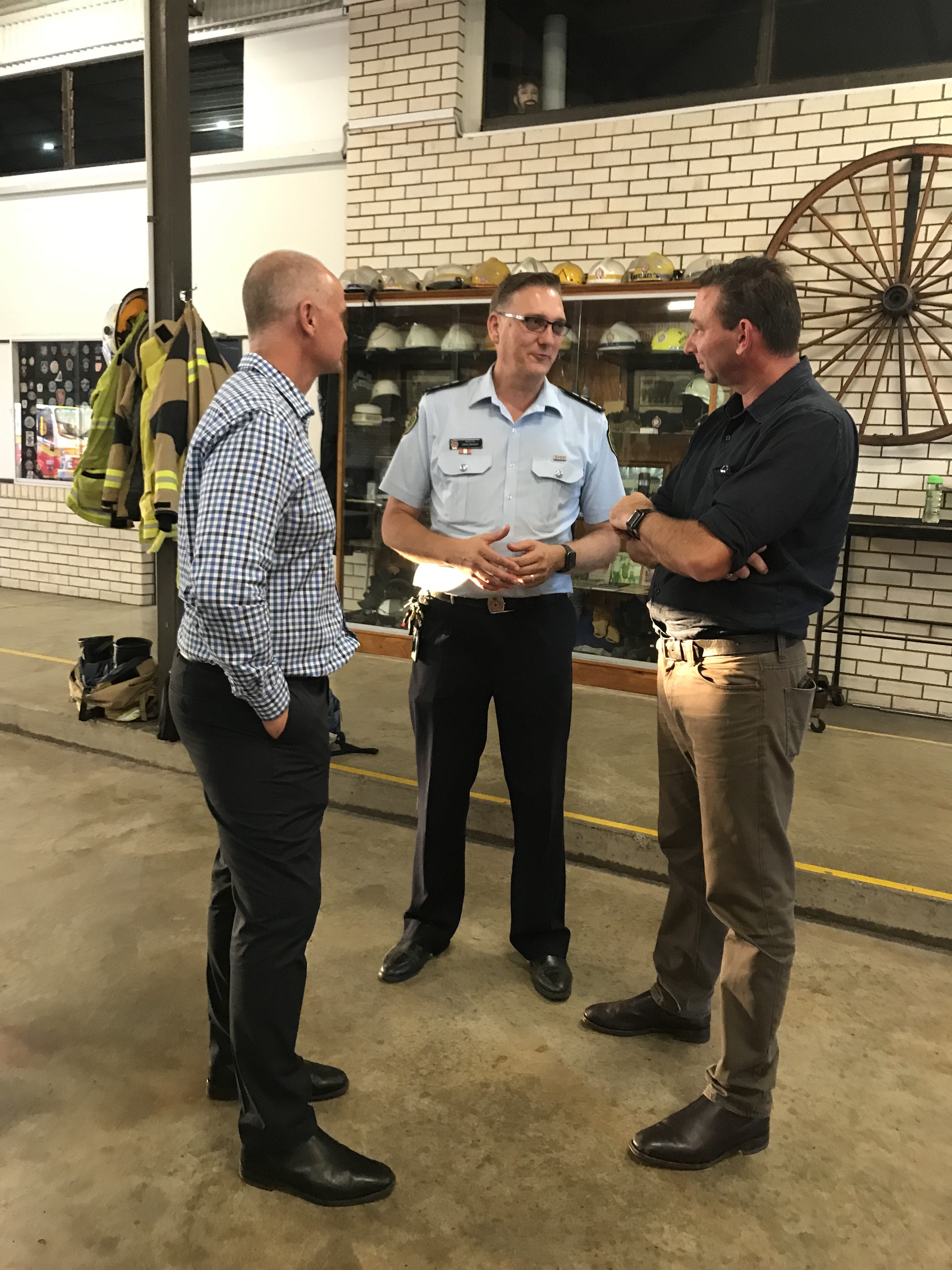 06 May EMERGENCY SERVICES THANKED FOR EFFORTS IN BATTLING CQ BUSHFIRES

Posted at 08:00h in More Articles by News 0 Comments

Member for Gladstone Glenn Butcher was joined by Fire and Emergency Services Minister Craig Crawford last week as the pair visited Gladstone Fire and Rescue Station to thank emergency services staff and volunteers who responded to fires at Deepwater National Park and Mount Larcom during the 2018 Queensland bushfires.

Mr Butcher said the Deepwater and Mount Larcom fires were supported by Queensland Fire and Emergency Services staff and volunteers from Gladstone, Calliope and Boyne Island stations and several rural brigades within the area.

“Crews were under enormous pressure throughout the catastrophic fire event with winds gusting up to 70 kilometres an hour in all directions and many firefighters being hit by heat exhaustion,” Mr Butcher said. “Ground crews were supported by intensive aerial water attacks, but the bushfires proved difficult to control with fires jumping containment lines and spreading to threaten communities.”

Mr Crawford said the Fire and Rescue Service (FRS) and State Emergency Service (SES) helped protect homes, businesses, fences and other structures, while Rural Fire Service (RFS) volunteers focused on combating the wildfire. “I know that without the experience, dedication and expertise of our emergency workers, this catastrophic event could have been much worse,” he explained.

Queensland Fire and Emergency Services Assistant Commissioner Steve Barber said significant Queensland and interstate resources were deployed to support communities and combat the bushfires. He said that residents have praised firefighters and other emergency services for saving dozens of properties and helping residents relocate to safer communities during the event.

“I want to thank all our staff and volunteers for helping their communities get through these difficult times,” Mr Barber added.