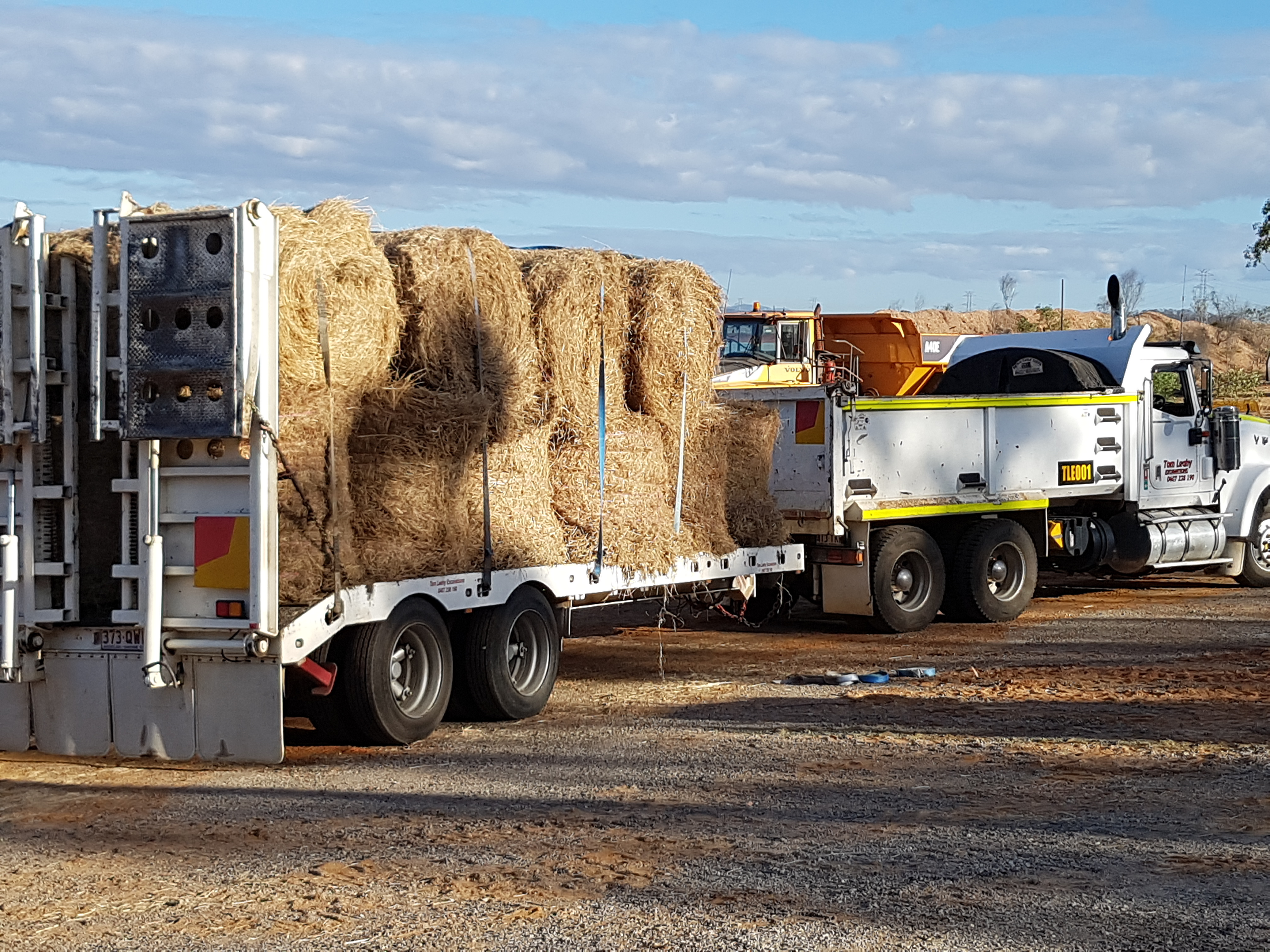 Many the region’s cattle, horses and sheep had a boost to their feed recently thanks to Queensland Alumina Limited’s (QAL) recent $30,000 hay donation.

Last month the refinery called for expressions of interest from interested livestock owners to receive some of the 300 round bales the local refinery had generated from its large area of buffer land. The land had been top soiled and revegetated with Rhodes grass many years ago. QAL committed to cutting and baling this grass into approximately 300 large bales of hay and has donated it to local livestock owners in need

Manager of Health, Safety and Environment, Trent Scherer, said it was good to be able to find a dual purpose for the grass grown onsite, which had usually been used for onsite mulching. “In times of drought, we decided that it was needed more by people struggling to keep their farming businesses running. Last year our hay was most needed in far western Queensland, but this year we are donating it locally,” Mr Scherer explained.

“Being in a unique position to donate hay will also allow 300 less bales that farmers have to find in an already-tough market for feed, helping that hay become available for the rest of Queensland in drought,” he added.

Mr Scherer said QAL had been inundated with requests from our region’s farmers struggling in the drought, with many currently having to buy stock feed full-time. “It’s both heartwarming and heartbreaking; we are thankful to be in a position to donate this hay to local farmers, yet at the same time the need is far greater than what we can provide, and these families are really doing it tough.”

“We fairly divided our hay up between the 50 people who expressed interest last month, who collectively have 9,668 mouths to feed. With round bales costing around $100 each, at least we can temporarily boost the back pockets of some of our region’s families and help ease the financial pressure that comes with the drought,” he continued.

QAL held the second hay collection day in early August, with a total of 253 round bales donated to 19 farmers. Another 30 farmers will be supported after the second area of buffer land has its grass cut and baled next month.