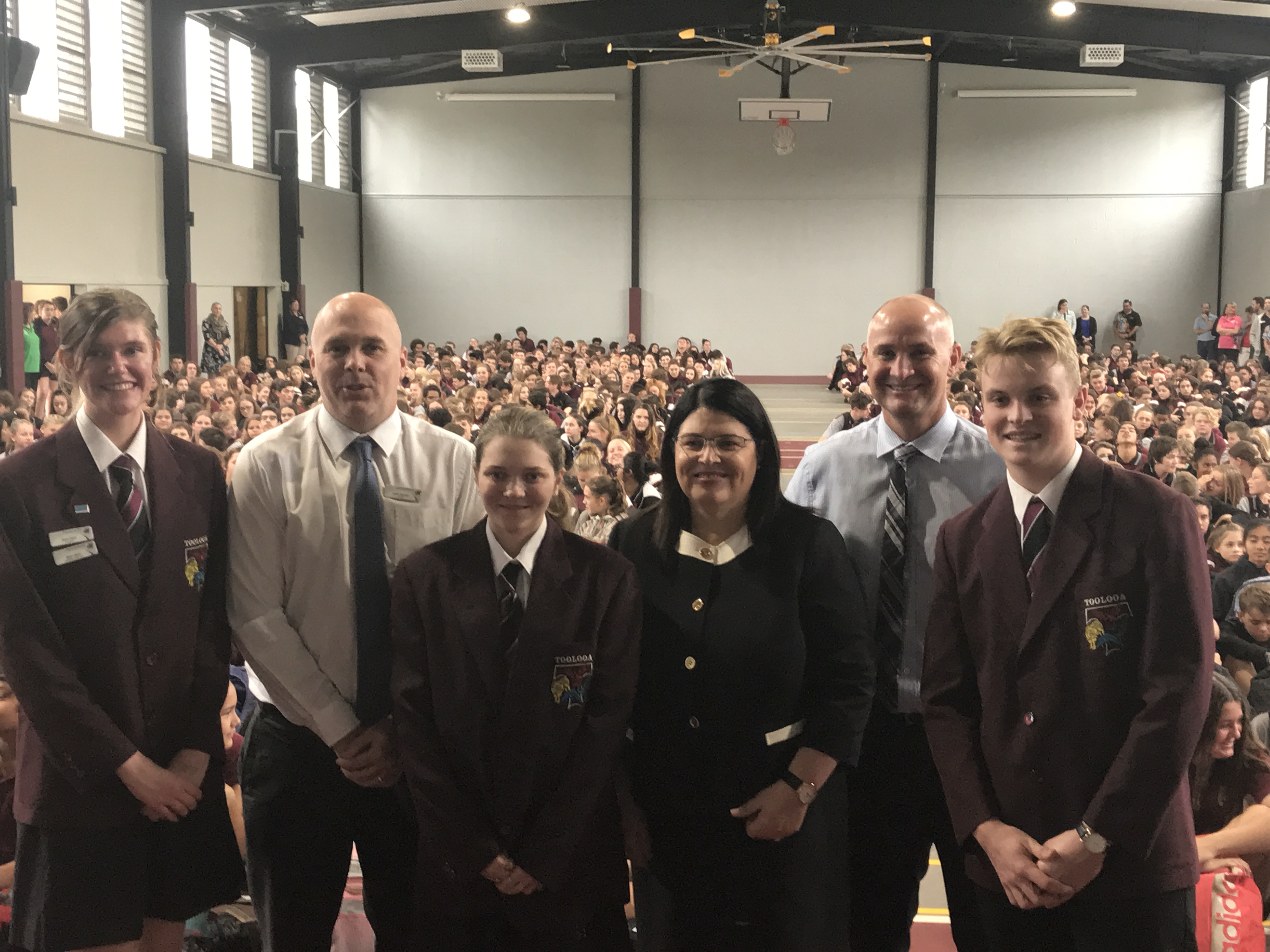 “Now all students at the school can gather in the one location for assemblies and events, including award presentations and social functions,” he said.

Mayor Matt Burnett, a former pupil of the school said the hall complete with a new floor, weatherproofing, pull-down screens, storage areas and jumbo-fans –  would be a far more comfortable place to spend form and assembly now than when he was a student.

Also calling in at Boyne Island State School, Rosella Park School and Calliope State School for what she called ‘a school infrastructure blitz’ Minister Grace said she was very pleased to be making the announcements.

In the 2018-19 State Budget, $923 million was allocated in state school infrastructure around Queensland including $60 million for a high school in Calliope.

The hall at Boyne Island State School got a $1.5 million extension and upgrade, delivering a new foyer, a stage and auditorium area, a music classroom, instrument storeroom, a change room, a storage room, and a shaded outdoor decking area.

“I understand this project has contributed greatly to school pride and has been very much welcomed by the school community,” the Minister said.

Mr Butcher said the Palaszczuk Government’s investment in state school infrastructure had been a win for the local community.

“I know the new $7.1 million two-storey block at Calliope State School has been a particularly significant facility for the school” Mr Butcher said.

“The first floor also includes a new science technology room which will be a great boost for the school’s vibrant robotics program that echoes our Government’s focus on encouraging the take-up of STEM subjects and coding.”