Congratulations to the winner of the Hanson Road Traders $10,000 shopping spree! 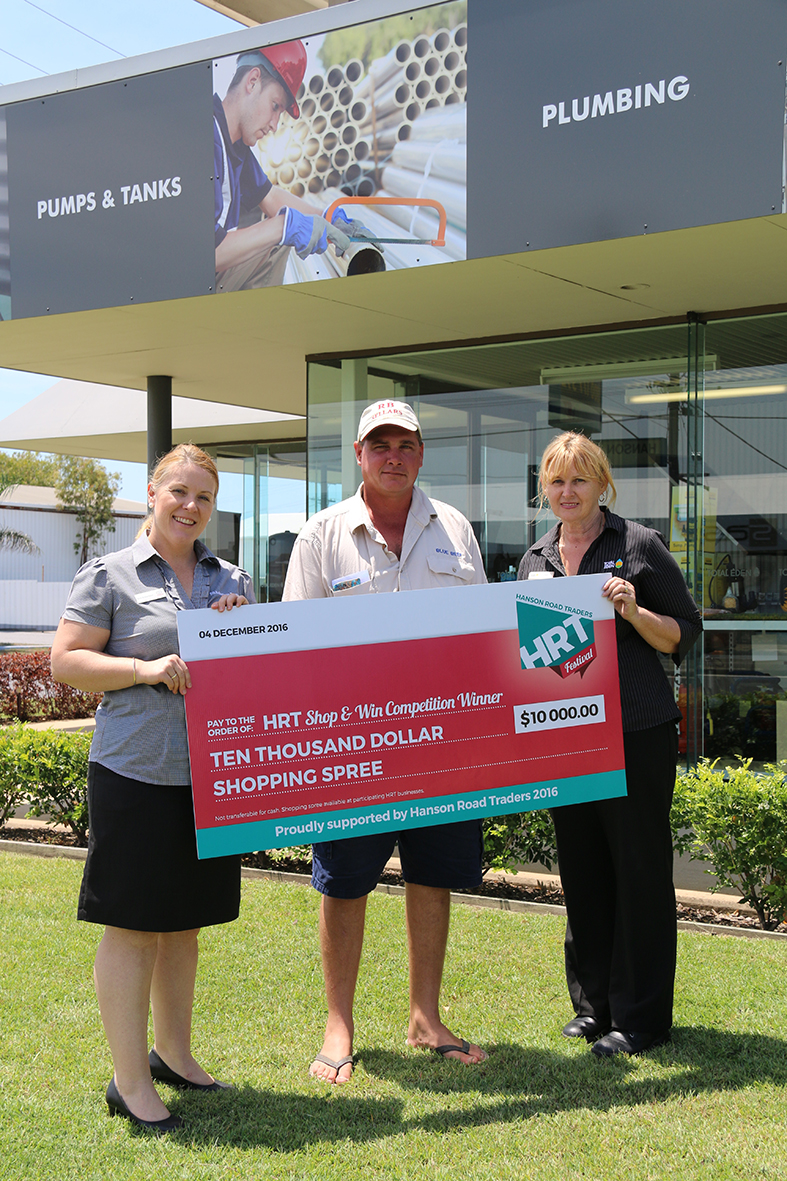 05 Dec Congratulations to the winner of the Hanson Road Traders $10,000 shopping spree!

With much anticipation the winner of the $10,000 Hanson Road Traders shopping spree was announced Sunday December 4th at the GECC Christmas Street Party. The winner, who will receive $10,000 to spend at any of the participating HRT businesses, is local Tony Besch.

Each store held promotions and giveaways in the lead up to the festival and on the festival day itself. The day had something for everyone, from jumping castles to a teddy bear hospital for the kids, from motorbike displays to chain saw carving demonstrations. Many local families hit the beat up Hanson Road enjoying the festivities and also taking advantage of their last chance to enter the draw to win big!

Tony Besch entered the Shop & Win promotion shopping at Total Eden and says “My wife and I were in shock after receiving the phone call; we are just over the moon”. When asked what the family were planning on spending the winnings on Tony said he would be spending a fair chuck at Total Eden and discussions about a new lounge suite or air conditioning had been had between the family.

Have fun spending your $10,000 with the Hanson Road precinct Tony!