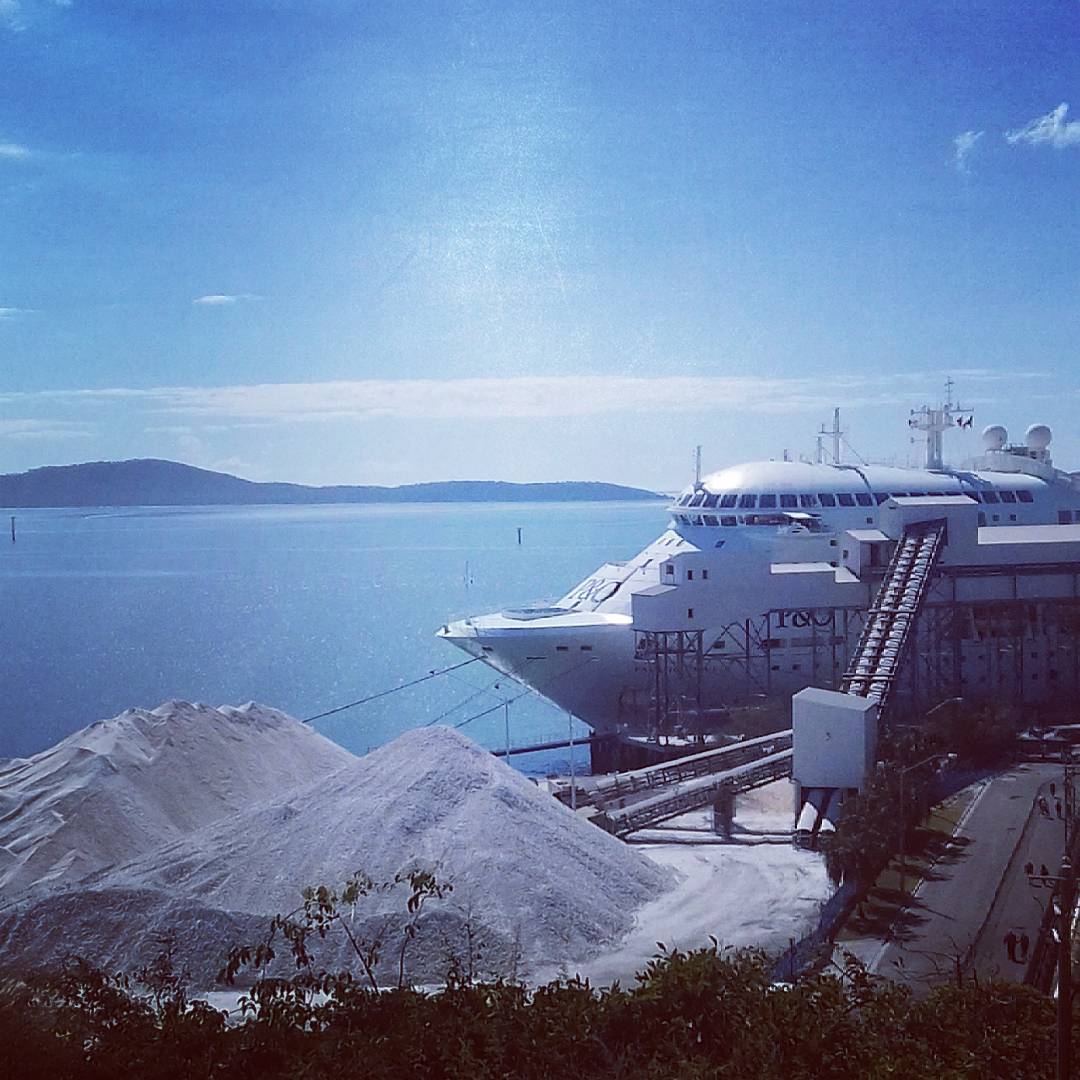 The P&O ship Pacific Dawn docks at Auckland Point in 2017 with our well-known “white stuff” in the foreground….

With the groundwork leveling works for the GPC’s East Shores Stage 1B project to get underway soon, Barney Point terminal has stepped into the breach and entered its next phase as an export hub for non-coal products.

The first shipment today saw more than 20,000 tonnes of calcite transported to Geelong on board the bulk carrier Diana. It’s a milestone moment for the site, which recorded its last shipment in May 2016 after 49 years as a coal terminal.
GPC CEO Peter O’Sullivan says Barney Point Terminal has come a long way in the past 18 months.
“It’s no easy feat removing every ounce of coal from a site, but our team has done an incredible job to ensure the site is remediated,” Mr O’Sullivan said.
“Closing the terminal also gave us the opportunity to perform important maintenance works to ensure Barney Point was ready for new business.”
The move follows GPC’s commitment to the Barney Point community to remove coal from the terminal and introduce non-coal products.
“We’ve ensured the community and environment were considered during each step of the remediation and relaunching process,” Mr O’Sullivan said.
“Stockpile building and ship loading will be undertaken in a way that minimises any potential disturbance to the community.
“Stringent environmental monitoring and mitigation activities will also continue across the site.”
GPC is currently investigating growth opportunities for the Barney Point Terminal. “We envisage the amount of calcite being moved through the site will continue to increase as the mine looks to expand,” Mr O’Sullivan said. “We’re also exploring the potential of handling other bulk products from Mount Morgan and Monto.”
GPC anticipates four to five ships will berth at Barney Point each year.