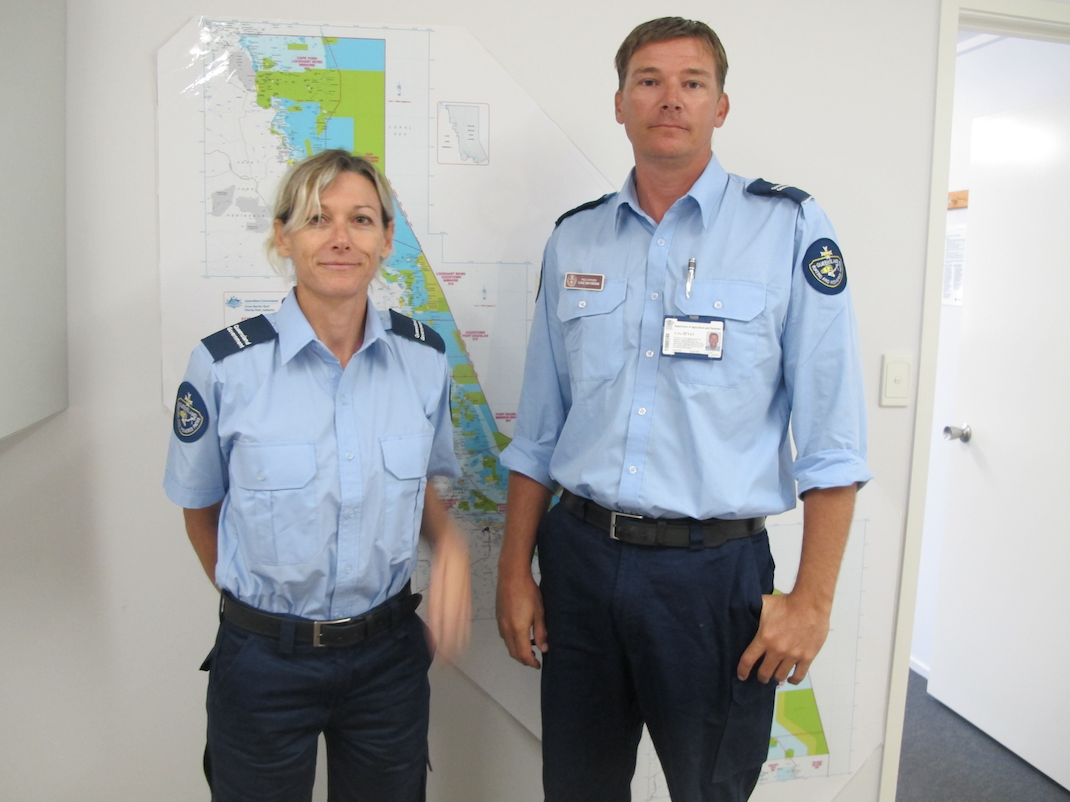 27 Oct Fishos back in Gladstone

Fisheries Patrol back in Gladstone

After a five-year absence, Fisheries Inspectors are once again based in Gladstone.

The Queensland Boating and Fisheries Patrol office re-opened this week, starting as they mean to go on investigating complaints from commercial and recreational fishers and conducting regular monitoring throughout Gladstone Harbour.

“Real estate prices made it really hard to attract staff, so that was the main reason it closed down. There’s definitely work here, it wasn’t for an operational reason,” he said.

For the last five years, patrols were staged in the region from another QBFP base such as Hervey Bay or Yeppoon.

“Because we’d be in the area for two to five weeks at a time, for people doing the wrong thing, word would get around. People would get on their phones and on Facebook and they’d be expecting the fisheries patrol to come along,” Aaron said.

In addition to Aaron, the office is currently staffed by two Field Officers, Kerryn Doupain and Luke Whybrow. A third field officer from Western Australia joined the team this week.

Equipped with a 5.9 M rigid hull inflatable and a 4.2 M Quintrex – and from February next year, body cameras –  the Patrol can range anywhere between Port Alma to the north and to Middle Creek in the south.

The team regulate recreational and commercial fishing in such areas as size and bag limits, fishing closures such as the current coral fin fish closure and barramundi closure coming up, and compile intelligence about fishing in the region through their Fishwatch complaint hotline. They also oversee the region’s shark control program: twelve drumlines at Tannum Sands.