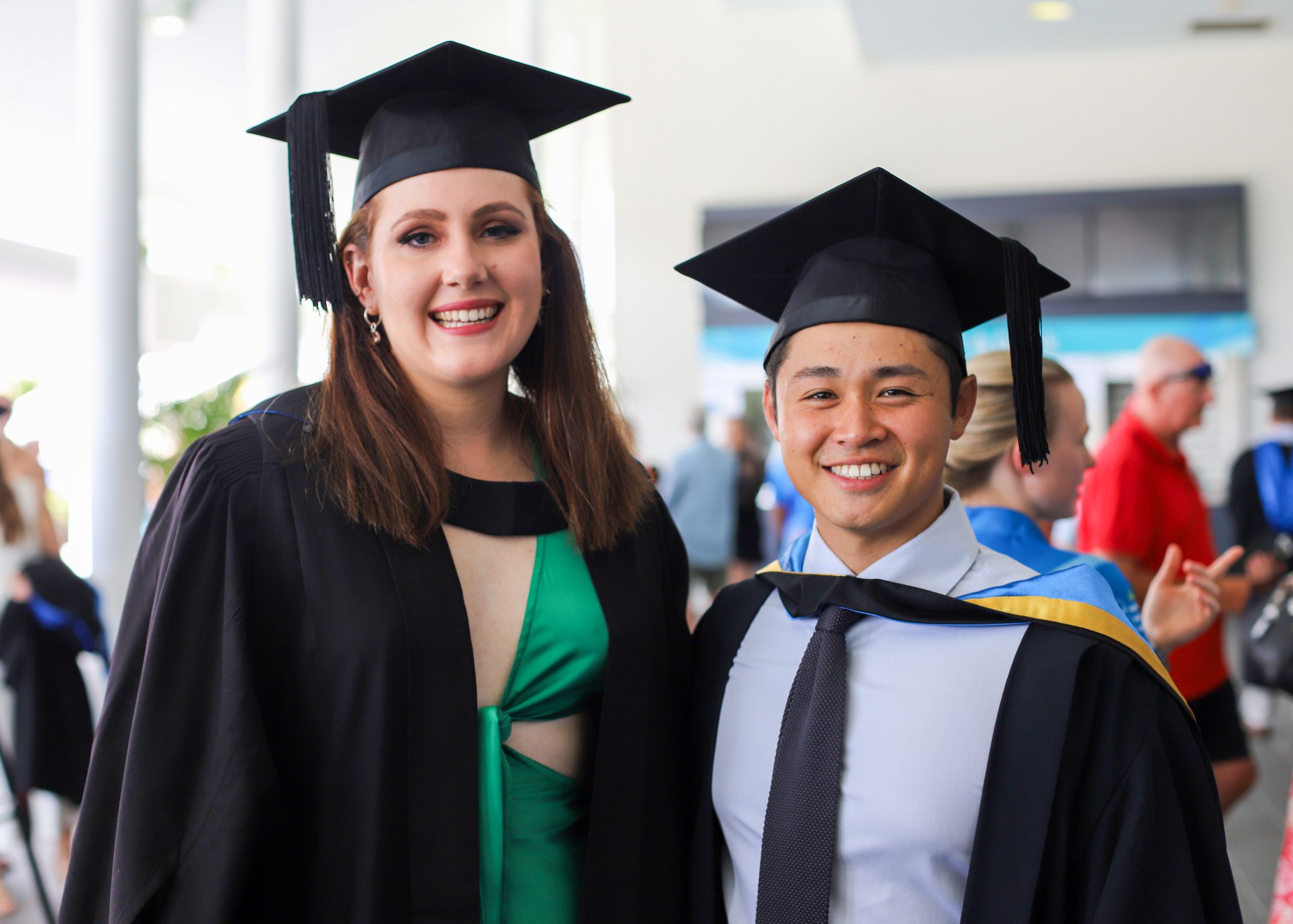 “We’ve been in each other’s classes since kindy, and also at uni and on placement together,” Dr Sayre

“It’s been really cool to go through everything with the same friend since the beginning.”

Since graduating, Dr Liaw has started his internship at Townsville University Hospital, while Dr Sayre is on the Queensland Rural Generalist Pathway, interning at Proserpine and Mackay hospitals.

Family has been a big inspiration and support for the new doctors, both of whom were based in Mackay for the final years of their degree.

Dr Sayre, who is from Boyne Island, said she was “always interested in becoming a doctor, but I became set on it when my mum suffered a stroke while I was in Year 12”.

“Going through everything with her, and having to travel so much for her treatment, made me realise how significant the gaps in health care distribution are,” she said.

While Dr Liaw grew up in Tannum Sands with his mum working as a nurse at Gladstone Hospital.

“She purposely took up night shifts just so she could make our lunchboxes in the morning, drop us off and pick us up from school, help us with homework in the afternoons – all with a few hours of sleep while we were at class,” he said.

“My dad would come home to take over night duties as the cycle repeated. We often don’t appreciate the sacrifices of our loved ones until we’re older.”

Dr Liaw graduated with Honours and won the prestigious Rural Doctors Association of Queensland Academic Award in 2021 for his research on the prevention of Rheumatic Heart Disease.

He said one of the highlights of his degree was working with many inspiring clinicians and researchers on projects that aimed to improve service delivery for Aboriginal and Torres Strait Islander children living with RHD.

JCU College of Medicine and Dentistry Dean, Professor Sarah Larkins, said JCU was proud to train doctors and health researchers “from, in, with, and for rural, regional and remote communities”.

“Around 70 per cent of our students come from rural, regional or remote backgrounds, three quarters of JCU medicine graduates ‘go rural’ after graduation, and almost half of our graduates are now generalist practitioners, far more than any other university in the country,” Professor Larkins said.

She said despite graduating just 2.4 per cent of the national output of doctors, around 50 per cent of rural, regional and remote doctors in Queensland were JCU graduates.

All JCU medical students do at least 20 weeks of rural placements during their degree as part of the JCU College of Medicine and Dentistry’s commitment to building a fit-for-purpose medical workforce for underserved communities in Queensland.

Dr Liaw got valuable experience being immersed in communities from Proserpine to Bowen and Innisfail, while Dr Sayre loved her rural placements in Proserpine, Mount Isa, Normanton and Biloela. 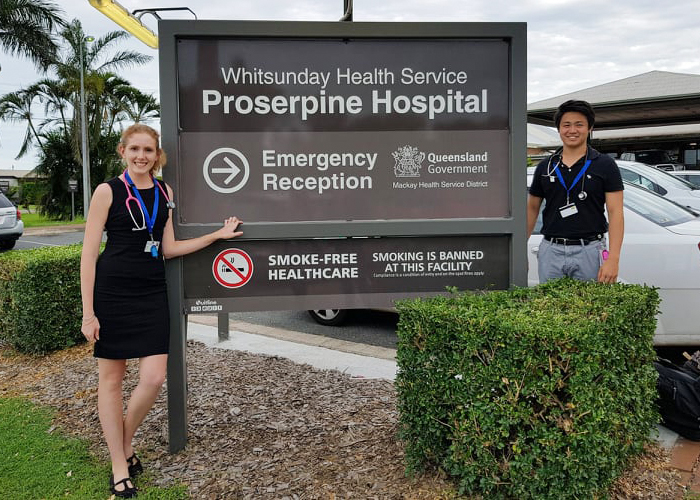