From certificate to PhD 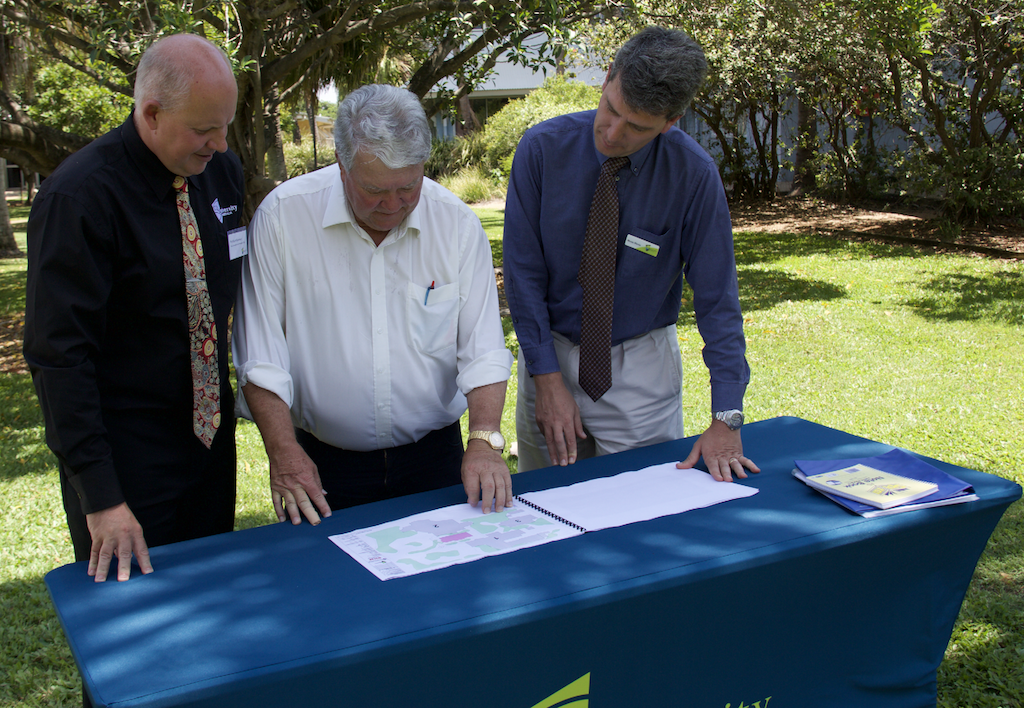 20 Oct From certificate to PhD

Posted at 11:53h in Local, News by sales@gladstonenews.com.au 0 Comments

The first sod was turned last week on what will become CQUniversity’s new trades training centre on the Gladstone Marina campus.

The on-campus student population will almost double when construction is complete, according to Associate Vice Chancellor Owen Nevin, as Hair and Beauty students and others undergoing TAFE training move into the Marina campus, from February 2019.

CQ University’s Vice-Chancellor, Professor Scott Bowman was joined by the Federal Member for Flynn, Mr Ken O’Dowd and Gladstone Mayor Matt Burnett, to celebrate the milestone which marks the commencement of the design and construction phase of the $12.5 million project, funded by the university and the Federal Government.

Vice-Chancellor Bowman said the Derby Street facility, which has been operating since the 1980s was terribly dated, with “almost Victorian workhouse-like facilities”.

“While we updated a lot of the equipment in that facility, the style of teaching has changed so much over that thirty-year period it’s no longer appropriate to modern learning,” Associate Vice-Chancellor Nevin said.

“What always strikes me when I visit the facility is there are rows and rows of the same machine and there would have been an instructor up the front. The style of teaching changes so we have limited the class sizes now, so the instructor can have more interaction with the students.”

The TAFE’s move happens as Derby Street undergoes a separate transformation, lead by Mercy Health, into an intergenerational village and aged care facility. Also mooted for the sites are upgrades to athletics facilities on the campus site, including a synthetic running track.

The project includes the construction of a state-of-the-art TAFE Trades Training Centre, Hair and Beauty Salons, and the refurbishment of existing learning and teaching spaces and staff offices.

Gladstone will be the only region in Queensland where all levels of post-school education and training from certificate to PhD are being delivered on the one site.

“It’s all blending into one, particularly the TAFE versus University silo. Here in Gladstone we’ve been merged for some time now, but physically we’ve been on different sites so while our engineers here on the Marina campus are being taught higher education degree engineering, are in the same school as the engineers who are learning trades engineering, they’re on different sites and even though it’s only on the other side of town, as soon as you’re in a different place, there’s a physical barrier to collaboration,”

“We’re really excited about bringing those groups together because education is a continuum,

“These days it’s much more about dipping in and out throughout your career.”

The project will also offer employment opportunities for local workers, delivering 150 construction jobs and creating a further 100 jobs associated with the project.