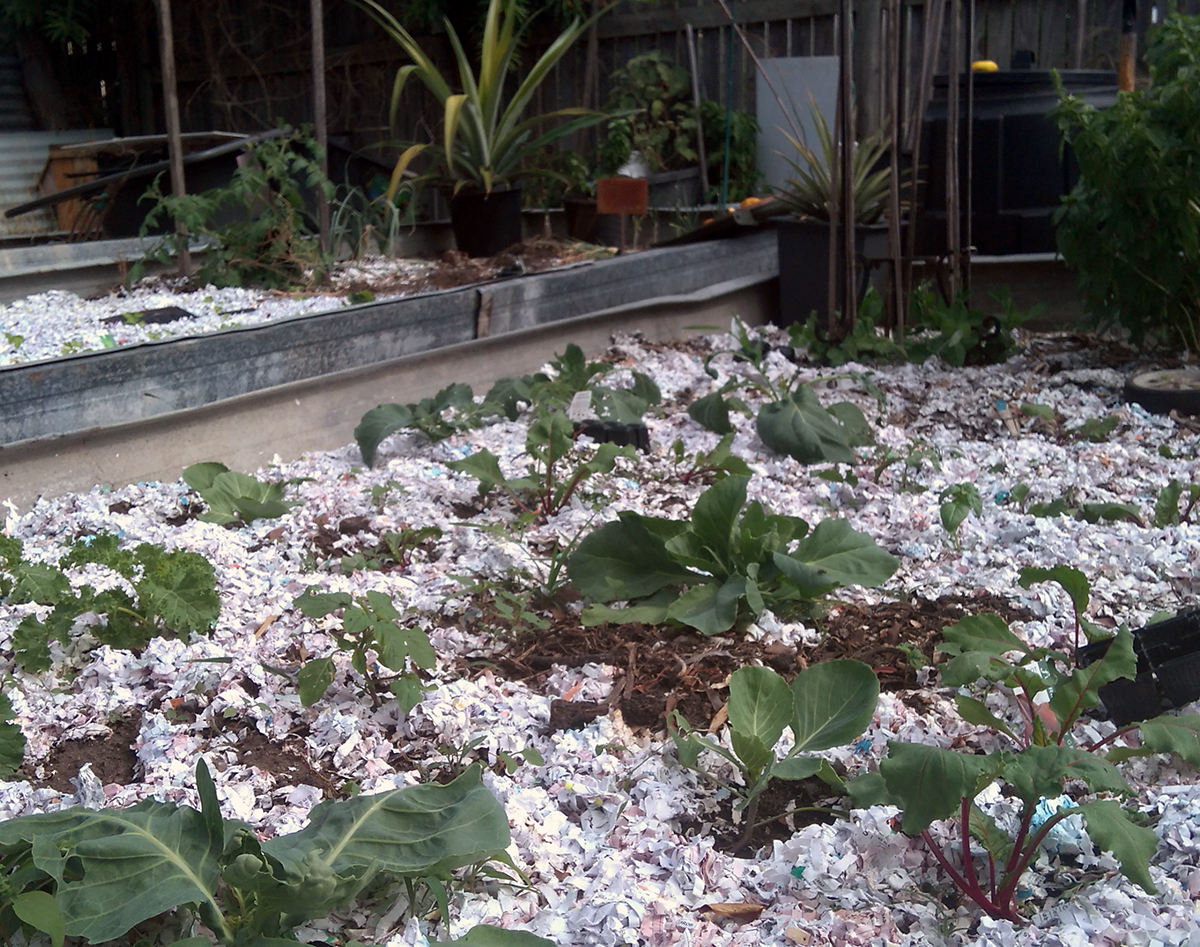 05 May From the Henhouse

This is the time to plant the greatest variety of vegies in our garden.

In my back yard at least, much of the space in beds has had a bit of a breather having earned a much needed rest from last year’s vegie growth.

After some busy bed preparation and planting, a new generation, fresh-faced and eager, has made an appearance.

The young-uns are at various stages of growth right now. It almost seems a shame that when they are their peak, they will be pulled out to appear again as a salad or soup.

There is a mixture in the bed shown here. I rarely have rows of vegies but a cosmopolitan blend of this and that. In this case there are caulies, cabbages, kale, silver beet and beetroot. Elsewhere there are tomatoes, celery and parsley along with s few veterans from previous seasons such as eggplants, leek, rocket and chives.

Not as productive right now are the chooks. The Madams are taking a break in from one of their duties to celebrate one of their yearly festivals – The Great Moult. So no eggs, but ample amounts of the other unmentionable products as I said, everything has it’s season.