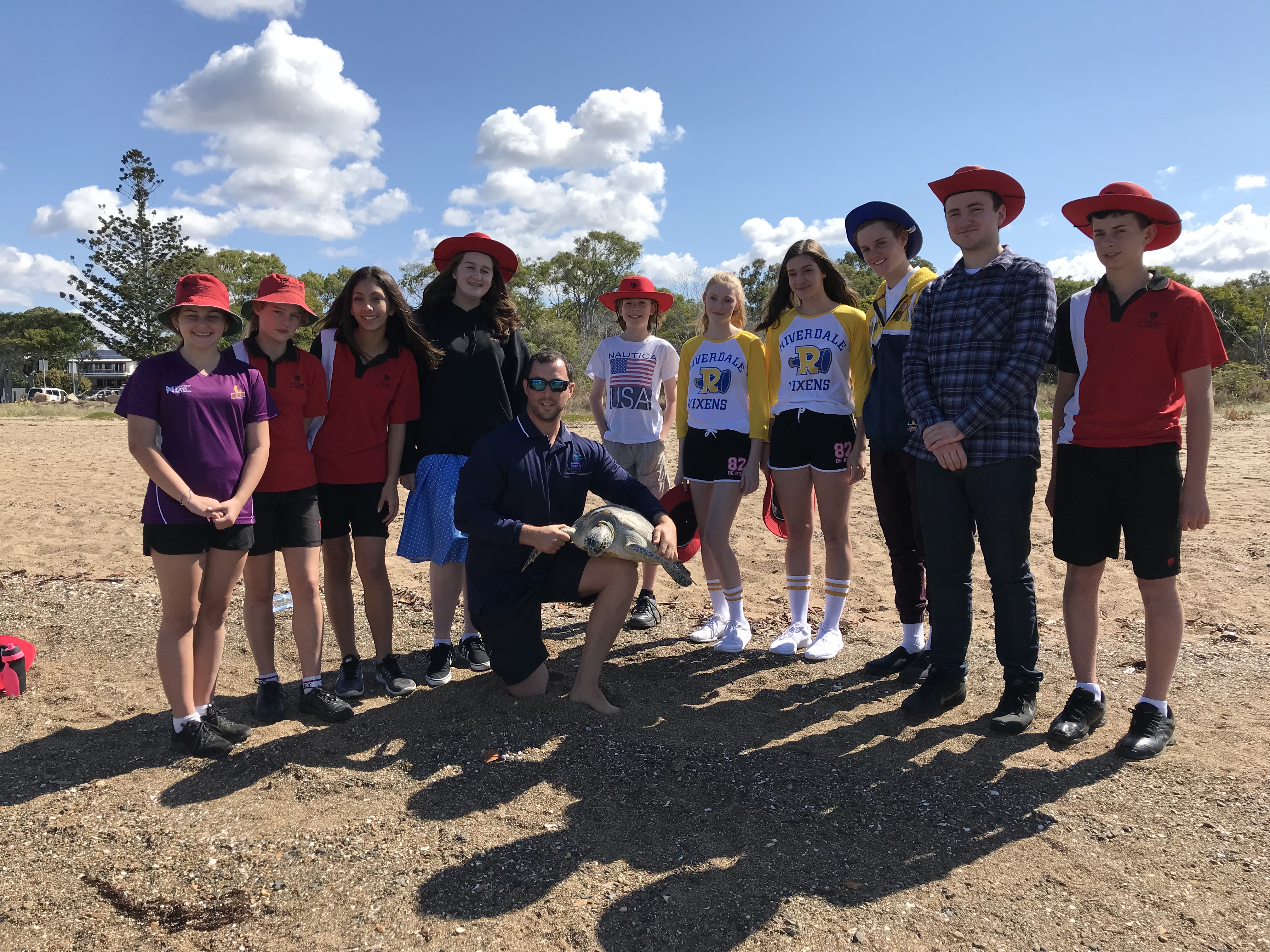 Gladstone Area Water Board with assistance from Trinity College’s Outdoor Education and Biology students have successfully released a Green Sea Turtle back into the Boyne River last Friday. The 16kg juvenile Green Sea Turtle was recused after it was found floating at the river mouth in late June.

“The turtle was collected as part of the Department of Environment and Science’s research program,” Ms Lunau said. “Because it was floating, it came to us for care and rehabilitation, fortunately, before it had an opportunity to lose a significant amount of weight, which is a common problem for floating turtles as they can’t effectively dive and hunt for food.”

Ms Lunau explained that treatment, in this case, was fairly straightforward, including rest, optimal water conditions and a regular feeding program; essentially, like spending two months at a spa resort for turtles. “Following the two months of treatment, the turtle has been given a clean bill of health, so we’re releasing it back into the mouth of the Boyne where it was found,” Ms Lunau said.

This is the third turtle rehabilitated and released by GAWB in the past week, with one other Green Sea Turtle and a Hawksbill also being released.

In conjunction with the Gladstone Ports Corporation (GPC), GAWB operates a Turtle Rehabilitation Centre at its Fish Hatchery on Lord Street. During 2017-18, 12 turtles were admitted for care and treatment at the facility, including a 217kg Green Sea Turtle called Flinny, the largest captured and weighed in the Port Curtis region.