Getting Home from Work – Tribute to Trevor McClure 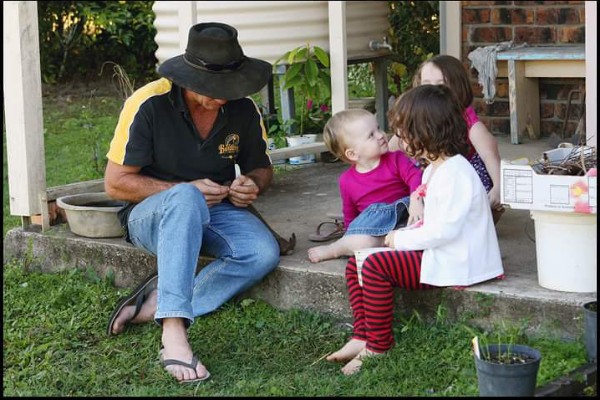 23 Jun Getting Home from Work – Tribute to Trevor McClure

Posted at 09:00h in Community, Local by sales@gladstonenews.com.au 0 Comments

Getting home from work is a good part of the day, right? But it’s also a standard thing that we don’t seem to think much about, a normal part of your every day. You might stop at the supermarket, pick up kids, get greeted by smiling faces, race in the door and start getting diner ready. We all look forward to it. Today, we ask you to take a moment when you get home from work to think of Trev, who won’t ever get to do that again. Take a moment to think of his three young daughters Mackenzie, Charlee and Dusti and his wife Shannon who won’t get to welcome him home, they won’t get to give him a hug or have dinner with him. Trevor McClure went to work on a Sunday and didn’t come home.

Trevor McClure (Trev) tragically lost his life in a horrific work incident. He was a hardworking experienced timber cutter, whilst tree lopping near Monto, a small town an hour from his rural town of Builyan.(Boyne Valley). Trev was not meant to be working that day, it was a Sunday but due to being the community man that he is, he took Saturday to help mates out with some jobs.

Shannon and Trev had a rule due to the dangers of his job that he would always call if he would be home any later than 5:30 pm, alarm bells started to ring when she had not heard from him on Sunday night. It started with just worrying and asking around to see if anyone had seen him with friends and family over facebook but soon it got later and the police and SES where called. The community also activated the search, as the Boyne Valley community are famous for, they rallied around and got every timber worker and mate who joined the search and rescue to look for him.

Trev was unfortunately found around 9PM by a close mate already deceased. He had been struck down by a tree which broke his leg and also been stabbed by his saw file which we believe eventually caused him to bleed out.

We know that Trev had tried to text a friend for help around 11am however due to the rural area reception wasn’t available he couldn’t reach him. 8 minutes later he attempted to use the emergency number but never quite made it. Being the true fighter he is, he had managed to get out of his chaps and make it almost 100 meters towards his quad bike where he was found with his phone in hand.

Trev did have a companion during this time from 11am till he was discovered around 9PM his loyal work dog junior was by his side, only leaving once help arrived to lead them to him.

Shannon’s sister, Chloe Seckington said ‘Trev is what I would call a true bloody Queenslander. He was a real tough nut, and as he would say, ‘A take it as it is ol Bastard’. Saying this, family meant the absolute world to him; he took great pride in his wife Shannon and their three beautiful girls.’

The most heartbreaking part of this story is that he leaves behind his wife and three young daughters. No one was ready, he was too young and they had a whole life ahead of them to live together. This has been a shock to the system for a strong country family and one they were not financially prepared for. Like many families Trevor was the breadwinner.

Friend of the family Cat Heslin said ’Trevor was a hardworking man who wanted nothing but the best for his wife and their 3 daughters. He took great pride in the loves of his life. Trev was a real genuine bloke. A tough nut who didn’t mind stirring you up whenever he had the chance. But he would do anything he could to help a mate.’

Family and friends have banned together to do the things they can help change, they have set up a go fund me page it says ‘while this tragic accident has not only left Shannon without her husband and love of her life but has also left her a sole parent of their three girls Mackenzie, Charlee and Dusti who all now have to come to terms with a future without their father at such young ages. During this tough time we are trying our best to take some pressure off Shan while she is organising Trev’s funeral and coming to terms with a future without him.

As you can imagine her world has come crashing down and a reprieve from financial worry for even a short time would be something we would love to organise for her.
I know times are hard for many at the moment but please even if you can spare only a small amount please help Shannon and the girls to get through this time as a family and grieve without having to worry so much about the financial burden that they are now placed in.
Thank You to all our family and friends for your support, kind thoughts and prayers. X

If you would like to help and donate the Go fund me page – search RIP Trev McClure. Its reached over $15,000 and It would be fantastic if people in Gladstone city reached out and supported our fellow Boyne Valley residents with a small donation where possible.

When you get home from work today/tonight, kiss your wife and children take a moment to think about the McClure family who won’t get to do that again. It’s those things that seem small that are actually enormous for a family who have just lost their husband and dad.

Gladstone News is going to continue to question the government and lobby for a faster solution on phone service and infrastructure in the area so the next person that needs to call for help will hopefully be able to get phone reception in their time of need. We send our love and wishes to Shannon and the girls.