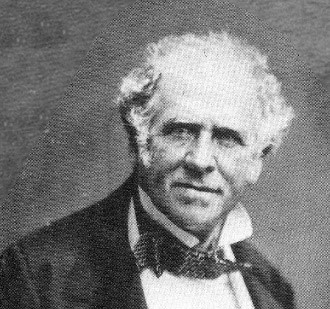 On 17th February 1846, Queen Victoria signed Letters Patent establishing the Colony of North Australia, and the British government passed a law to define its boundaries. Lieutenant Colonel George Barney was appointed Lieutenant Governor and superintendent of North Australia to administer the new colony on behalf of Governor Fitzroy. In September 1846, Barney arrived back in Sydney in the William Hyde, having received his new commission for the secretary of State for the Colonies, William Ewart Gladstone. (Who Gladstone was named after)

Colonel George Barney was sent to explore the northern colony for a suitable place for a convict settlement. He hired the small paddle-wheel steamer, Cornubia, a vessel of some ninety-four tons and set sail from Sydney in November 1846. The vessel called in at Bustard Bay and Rodds Harbour, but both these places were declared unsuitable. When they reached Port Curtis however, Barney was immediately impressed with the area.

When Barney arrived back in Sydney, Governor Fitzroy was engaged in organising the early dispatch of the first contingent of colonists and officials. Colonel George Barney oversaw the party that left Sydney 8th January 1847 aboard the Lord Auckland, a 516-ton barque. Brown and Co owned this ship and the skipper was none other than the owner himself Captain Brown. On board was the official party, consisting of twenty-two men of the 99th regiment, seven women and twelve children. Fitzroy also chartered the Thomas Lowry to assist and this ship was to follow soon after with the balance of stores and the rest of the personnel. Fitzroy purchased the Kangaroo, a small steamer, and this was to become a regular service craft between Moreton Bay and Port Curtis.