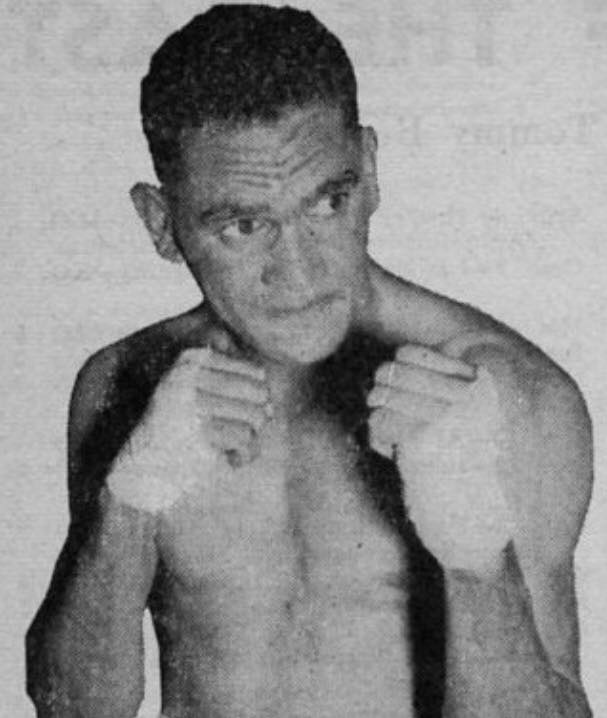 One of the greatest champions Australian boxing has ever seen passed away on the last weekend in January and the Gladstone community is feeling the loss.

Gary Cowburn made his debut in 1959 and captured the Australian crown in 1962 defeating Johnny Tapp by KO in round thirteen.

He was the only fighter to knock out former Australian champion George Barnes, and came close to the world title in 1963 narrowly losing an epic twelve-round bout by decision against world light-middleweight Ralph Dupas:

“Dupas was a good fighter, and it was a privilege to fight him,” he said of the title fight.

“I certainly wouldn’t have wanted to be on the receiving end of one of his big hits,” fellow boxer and old friend Sergeant John Kendall, said.

“Even as he stood at eighty years of age he could drop someone with a punch,” John said. “But he was a gentleman. He would sooner protect someone or look after someone than ever try to hurt someone.”

Gary’s humble nature combined with his exquisite skills which served him so well in the ring was a gift he shared freely with hundreds of young boxers; the lesson they took away from their time under Gary’s tutelage were to be ‘humble in victory and honourable in defeat’.

“People worry about kids at risk getting involved in boxing,” Kendall continued. “But what boxing teaches them if they have a good instructor like Gary, is that they don’t need to go out there and fight.”

“If Gary trained them, they already know they can fight.  They don’t have to fight. They can walk away. Teaching that basic respect that you have, and that Gary always had.”

Many of Gary’s fighters have gone to experience considerable success in both amateur and professional bouts, including former Australian super welterweight titleholder Rocky Jerkic.

“He would have trained hundreds of kids over time – his secret I think was that he was a champion himself, he’d been there, he’d gone up against world champions in his professional career, he’d been there and done that so the experience he could pass on to these young kids was just something that many others couldn’t do.

“In his day, being a young Aboriginal fighter, it would have been tough, and he was the toughest of the tough.”

“He was traveling around with a young police officer trainer; the money wasn’t great and I daresay the fights were a lot tougher back then.”

“I’ll never forget he told me how to break someone down slowly – if you come across a fighter with a really tough jaw, just break them down slowly to be able to land that knockout punch,” he said.

“He certainly had that gentleman about him, but he wasn’t someone I would have liked to jump in the ring with, for sure.”

One of a very large family born in Gayndah in 1937, Gary was to meet Joy, also from Gayndah, when she was working as a nurse at the Eidsvold hospital. Joy passed away in 2017 after sharing Gary’s commitment to family, hospitality and community over a long and happy marriage and home life with daughters Nicole, Melinda and Peta and their extended family.

“We used to travel a lot with the kids, we’d go far and wide we could be in a car all day driving – Joy would always ride in one of the Mum’s cars and Gary would ride with me.”

“At every fuel stop, as soon as we got to the servo, Joy would jump out of the car like a schoolgirl and bolt over to Gary and give him a big pash,” he said.

“They were still doing that right up until recently, well into their late seventies. It was true love, something we don’t see too often these days.”

Gary’s life was celebrated in a civic ceremony and memorial service at the Gladstone Entertainment and Convention Centre on Friday, February 2.

“Everyone knew Gary, and whilst it’s very sad, we’re celebrating the life of a champion.” John said.

“He’s being reunited with his true love and he’s at peace now.

Cr. Glenn Churchill, another long-time boxing confrere of Gary’s agrees: “Having been to many boxing tournaments with Gary I know what he’ll be doing up there,” he said.

“He’ll be up there with Joy, so he’ll be doing what he’s told, and they’ll be dancing in the ring of heaven.” 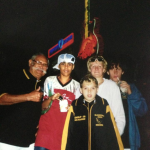 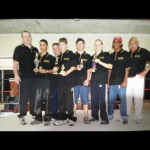 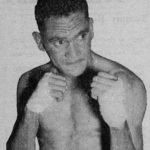 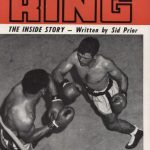 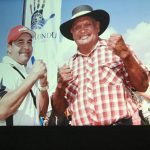 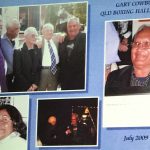