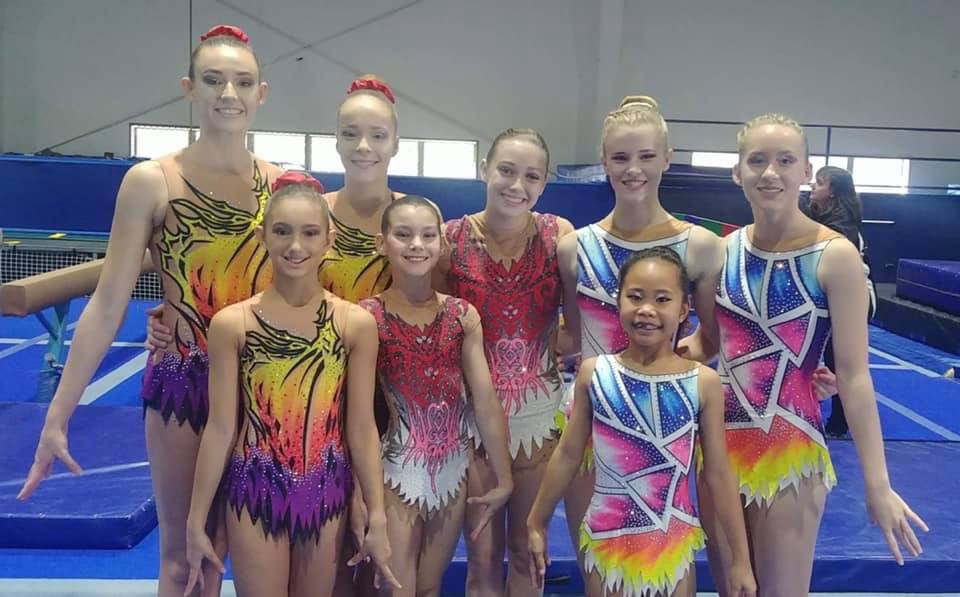 Posted at 15:00h in Lifestyle, News, Sport by News 0 Comments

The Queensland Cup held in Tingalpa in late June involved athletes from Level 1 through to Senior International. Gymnasts were attempting to get a podium finish, but their scores also contributed to the overall club awards.

Gladstone Gymnastics Club Acrobatics Coordinator, George Gonzales said the Queensland Cup is an individual group competition as well as a team competition. “The level ranges at this comp go from level 1-10 as well as international levels 11-16, 12-18, and 13-19,” Ms Gonzales said. “We sent from level 3’s up and two of our international level groups.  The number of athletes from Queensland attending was large enough to extend the competition through 2 full days.”

In the International Division, Skylah Carlyon and Lilly Gibson securing the gold in the 11-16-year-old women’s pairs and Izabeya Jones, Ryenn Gonzales and Emma Tiboni brought home the silver in the 12-18-year-old women’s group event.