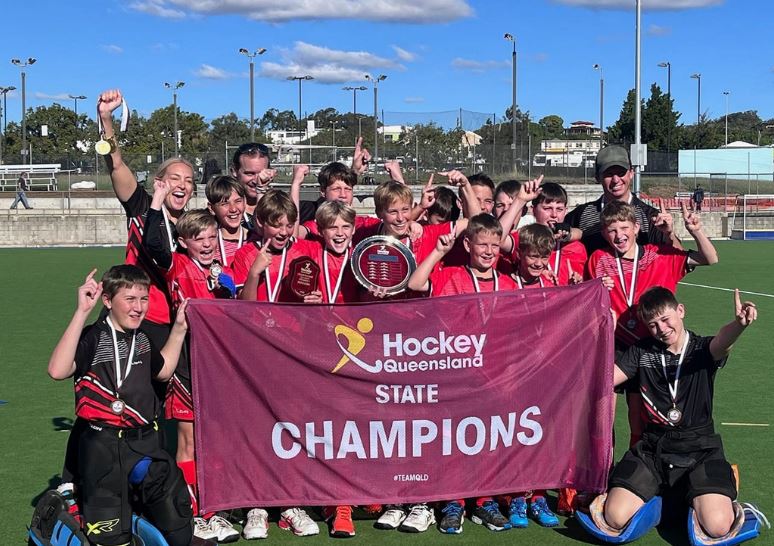 Despite a weekend of cold and wet weather, the Hockey State Championship went ahead on the fields here in Gladstone. The Queensland-wide championship is held in a different town each year, and this year was Gladstone’s turn- with 23 teams in attendance from all over the state.

There were teams from as far North as Cairns, all the way down to the Gold Coast. A Rockhampton team took out Division One, and a team from Warwick was Division Two. Gladstone’s only U13 Boys Team also competed.

Due to a weekend of wild weather, the rain after the first day meant that games were a shorter playing time, and were played on turf instead of the grass fields. Despite the circumstances, everything ran smoothly, especially with the support of Hockey Queensland Representatives.

If you or your kids are interested in playing hockey, go to https://www.gladstonehockey.com.au, or have a look at the Gladstone & District Hockey Association Inc on Facebook.