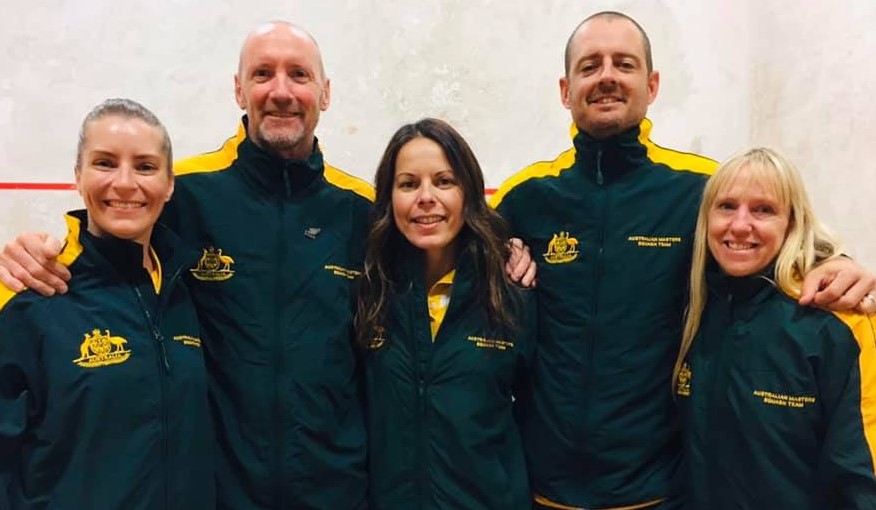 Gladstone’s Sue Davis was one of five Queenslanders who played in the Australian Squash Masters team that defended the 2019 Trans – Tasman test series. The series was conducted on 14th, 15th & 17th October 2019 in Timaru, New Zealand and comprised of three tests. The team consisted of one representative from each country in Men’s & Women’s: Over 35, 40, 45, 50, 55, 60 & 65. Sue competed by defending the Women’s Over 45 position. Playing in this position Sue came up against Nadine Cull from New Zealand. She accounted for herself very well by having wins in all three tests. Sue won the first and third matches, each in four games, but came from behind in the second contest, winning this in a close five games.

After finishing on a high with a successful team’s series, the Australian players then participated in Squash New Zealand Masters Championship 2019. This is a three-day individual event and Sue played in the Women’s 50 to 54 years. Sue won her early matches but had to pull out all stops when she came up against her Australian counterpart, Sarah Nelson from NSW. Sue was successful in unseating Sarah, by winning in four games. In the final Sue came up against Lisa Cowlard from New Zealand and this also proved to be a hard-fought match, with Sue coming out the victor, again, in four games.