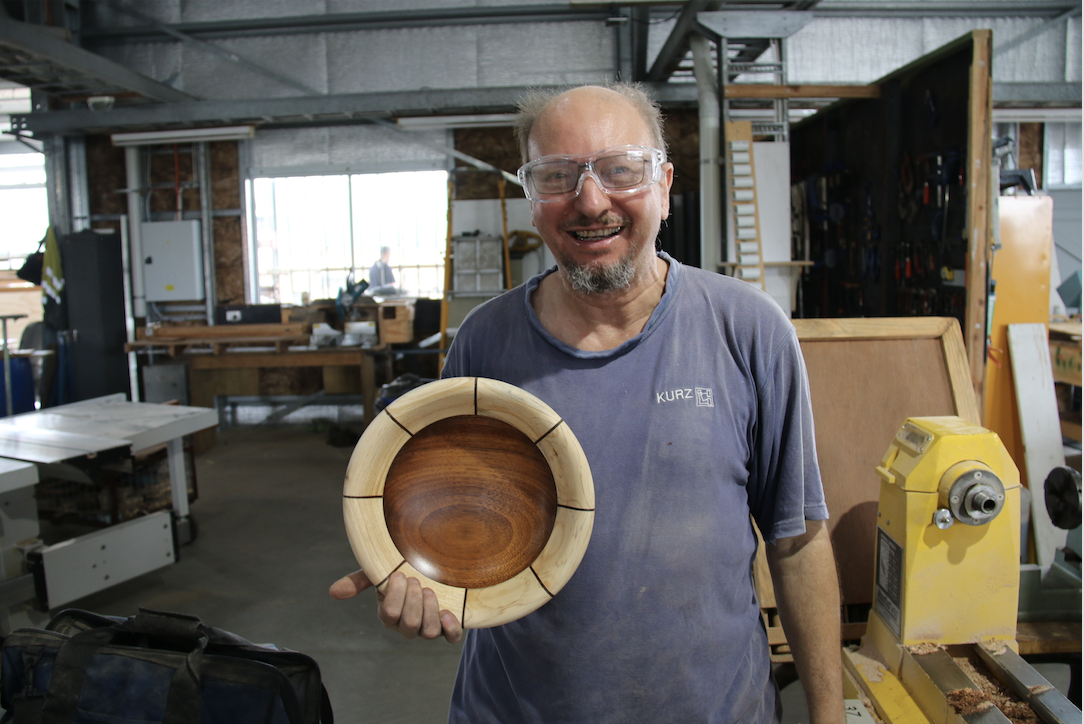 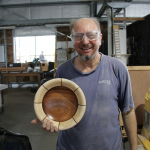 The Gladstone Men’s Shed started up in October 2011 and operated out of the United Community Care shed in Off street.

“Back then we only really had room for thirty guys. We had to limit the number of people because it wasn’t safe operating the equipment with larger numbers, and we could never go looking for membership,” Ron Steen, secretary of the Shed said.

The men have moved into an impressive modern construction at 18 Moura Crescent in Barney Point adjacent to the railway line, so there’ll be no noise complaints from the neighbours, once the wood-lathes and welding equipment are fired up.

A large cadre of members are retired employees of QAL and Orica and they run a tight ship, with a formal storeroom set up by members and top-notch equipment and procedures.

The $600,000 grant from the Gladstone Foundation twelve months ago meant construction could begin. The land is owned by the Gladstone Regional Council, rented at a peppercorn rent to the Men’s Shed. The club was established via strong links with Rotary and the RSL and the shed have maintained those contacts ever since.

“The grand plan was always to move into our own building, we just underestimated the time it would take to do it,” Mr Steen said.

The Men’s Shed movement has now become one of the most powerful tools in addressing health and wellbeing and helping men to remain valued and productive members of our community. The Gladstone Shed started up first, but it has since been joined by one in Boyne Island-Tannum Sands, and one in Calliope operating out of a building in the Historical Village.

Becoming a member of a Men’s Shed provides a safe and busy environment and importantly, there is no pressure. Men can just come and have a yarn and a cuppa if that is all they’re looking for. Membership of the Gladstone shed currently costs $36 annually.

Members can complete their own projects or build furniture and toys as part of a sponsored scheme:

“Very early in the piece we got on to something called the Early Childhood Services Scheme and through that we’ve made something like 600 items of furniture and toys for the kindergartens and pre-schools in the Gladstone region,” Mr Steen said.