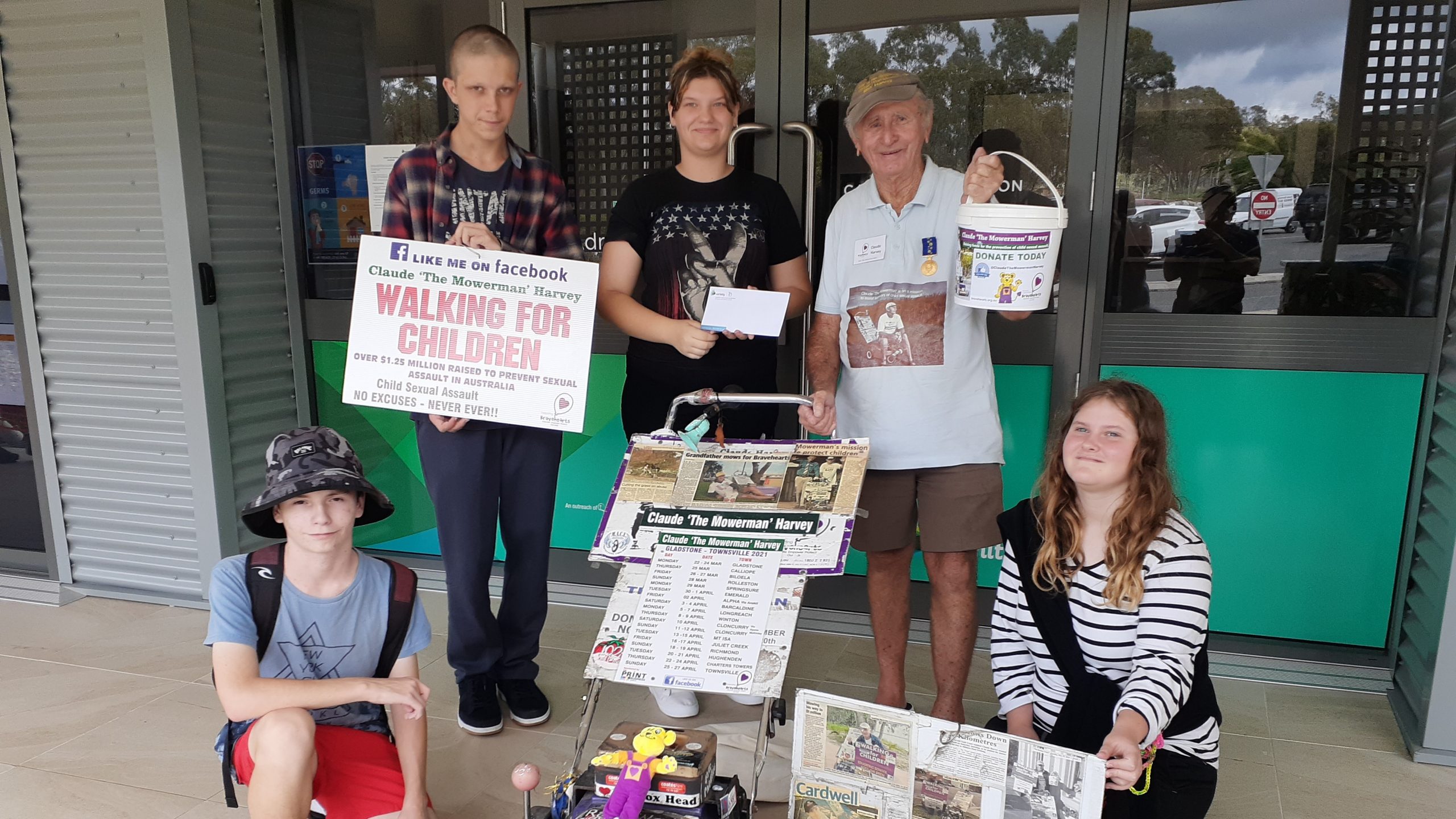 Carinity Education Gladstone is supporting Claude “The Mower Man” Harvey and his fundraising efforts for Bravehearts.

Over the past 15 years, Claude has raised $1.6 million for the Australian child protection organisation, which works to prevent child sexual assault, by pushing his lawnmower around the country.

On Wednesday, March 24, Claude will visit Carinity Education Gladstone, the latest stop on a 37-day journey from Sunshine Coast to Townsville.

Carinity Education Gladstone Principal Jane Greenland says there is a kinship between Carinity and Bravehearts, given both organisations support at-risk youth.

“Our school community is happy and proud to support Claude and Bravehearts as that organisation, like Carinity, strives to give at-risk youth a better future,” Jane says.

“Our independent special assistance school helps disadvantaged young people who have not succeeded at other schools to transition to become valuable contributors to their community.”

His dedication was recognised when he awarded an Order of Australia medal (OAM) in the Queen’s Birthday honours list in 2019.

“The first time I did a walk I walked 120km from one end of the Gold Coast to the other and everybody just looked at me. I only got one donation and that was for 35 cents,” Claude recalls.

On his current fundraising journey Claude, who hopes to raise $2 million for Bravehearts by 2022, will visit towns such as Calliope, Biloela, Emerald, Longreach, Mt Isa, Winton, Cloncurry and Charters Towers. 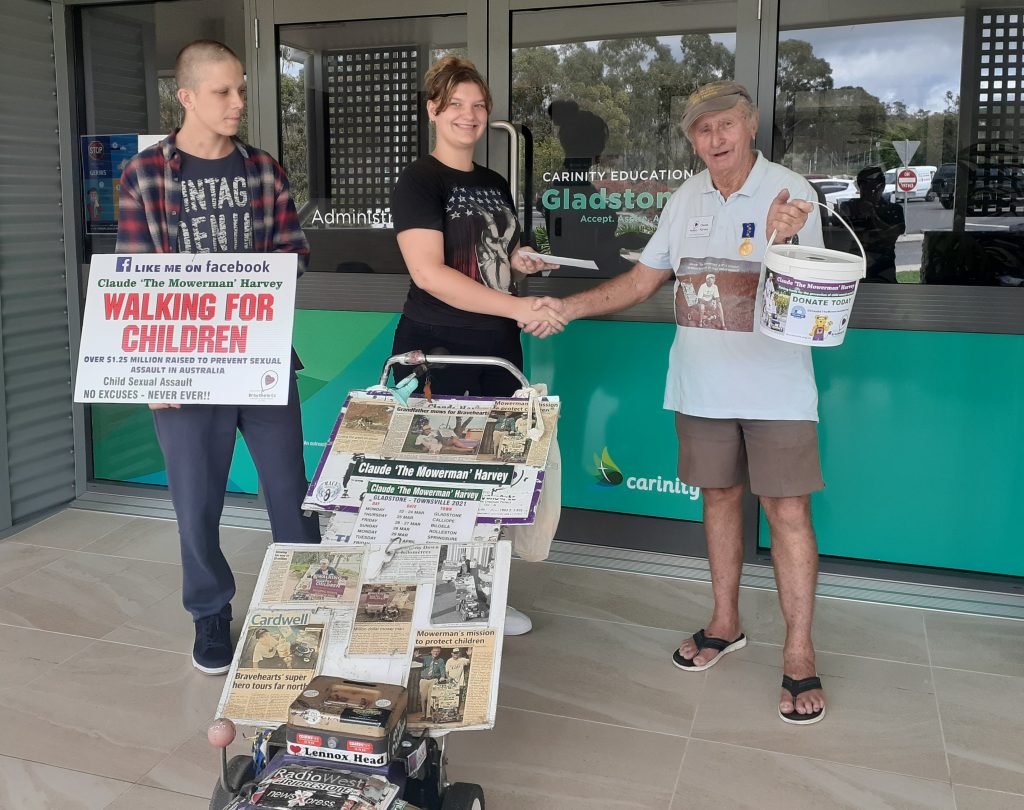