Gladstone South Swimming Club off to a flying start 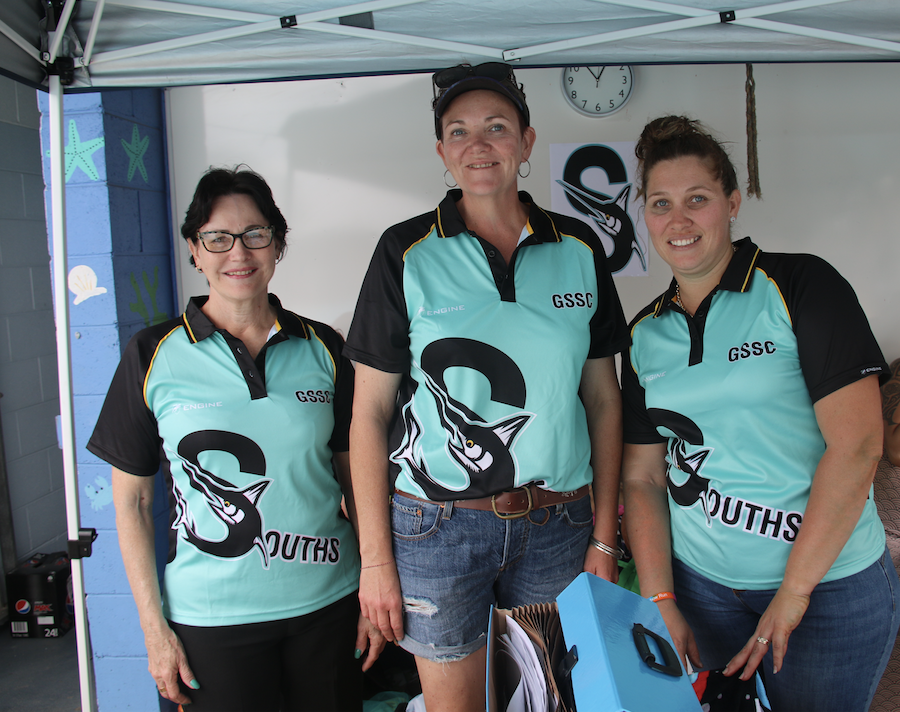 28 Aug Gladstone South Swimming Club off to a flying start

If there are three things any good swimming club needs: a great pool, a superb coach and more kids than you can shake a kick-board at, then the Gladstone South Swimming Club is off to a fantastic start.

Scores of kids and their parents – far more than expected – fronted up for the opening party and sign-on day yesterday where coach Adam Eiseman kicked off the swimming season by chatting to new club members and offering in-pool assessments.

One of the longest standing coaches in the Gladstone community, Adam was a QLD State champion and National competitor for 13 years before transitioning into coaching 10 years ago.

“He’s a bit of a kid-whisperer,” club parent Samantha Hayden said. “He has a talent for pinpointing where improvements can be made with the kids’ swimming and they seem to just understand and go along with his suggestions, and are all the better for it.”

Junior swimmers are well catered for at the club with several members posting within seconds of qualifying times for state and national representation. Club night will be Wednesday with training on the remaining weekdays.

Handy to any junior sports club is some extra cash, and thanks indirectly to the gamblers of Queensland, Gladstone South Swimming Club – and 17 other local clubs besides – have that now too.

In a surprise announcement at the ribbon-cutting ceremony, State Member for Gladstone, Glenn Butcher announced that the club would be a recipient of $28,790 from the latest round of the Gambling Community Benefit Fund.

“Hopefully that nearly $29,000 can help out, will get this club on the road to many, many successes that they will have, with Adam as coach, and with such a wonderful committee,” Mr Butcher said.

The club will put the money towards purchasing a marquee, IT equipment and a public address system.

Gladstone Regional Council Mayor, Matt Burnett who also attended the launch, has happy memories of his own childhood in the 25M pool on Ann Street back in the day pre-1987 when he attended South primary school.

“I used to swim here. South was my school, and during lunch breaks I think two times a week, we had free swimming and it was great, you know, to get into a pool that the school had right there,” Mayor Burnett said.

He also praised the skills of “adored” coach Eiseman: “He’s a fantastic coach and I think everyone knows that. He coached my three kids and I think that for all of you kids that are signing up today that don’t already know, you’re getting one of the best coaches in Australia.”

“It’s great to see this club now back and operating again too and using this great facility. I know there are 300 kids at the school and they’re getting the use of it, but in the morning and the evening it was sort of going to waste,” Cr. Burnett said.

“Now it’s great to see all these young ones here signing on, they’re going to get the use of the pool.”

Committee and club president Ryan Chinner said he was grateful for the grant, as well as praising the Gladstone South primary school principal Dominic Carter, and the school community for their cooperation.

“We very much appreciate it, it’s just blown me away and that is certainly and absolutely a great start,” he said. 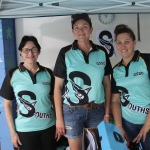 Glenda Eiseman, Jo Gibson and Nikki Gibson at the Souths Swimming Club launch and sign on day. They are modelling the new club gear, design sponsored by Engine Australia