Gladstone Students say no to cyber-bullying 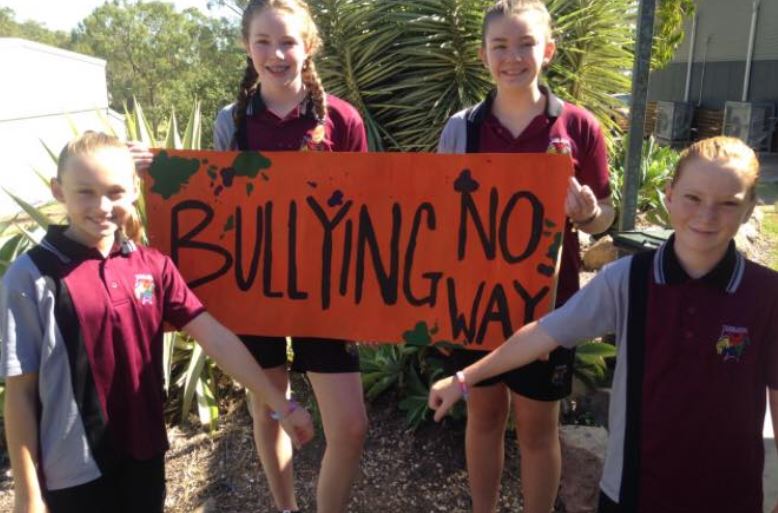 An estimated 570,000 Queensland students last week took a stand against bullying and cyberbullying.

Schools around the Gladstone Region went orange for the day, driving home the no bullying message as part of the eighth National Day of Action against Bullying and Violence.

Students from Prep to Year 12 are taking have been working on various ways of conveying the message, from videos and plays to art projects, discussions and workshops and today’s activities include open days, community fairs, competitions and sausage sizzles to involve the community as much as possible.

“I am proud to be part of a government whose Premier has put this issue on the national stage and has established the first task force of its kind to tackle this pernicious issue,” Minister Grace said.

“The Taskforce has been asked to report recommendations by 31 August 2018 for community and government action and we will act on those recommendations.

Gladstone parents and teachers stood proudly watching as murals were made with handprints, t-shirts painted with no bullying slogans, ribbons around wrists in orange and students creating unique ways to stand together and say no more bullying. It’s not just a one-day thing; it’s shifting the culture of schools for long-term change and educating people about the impact of bullying face to face and in the online space too.