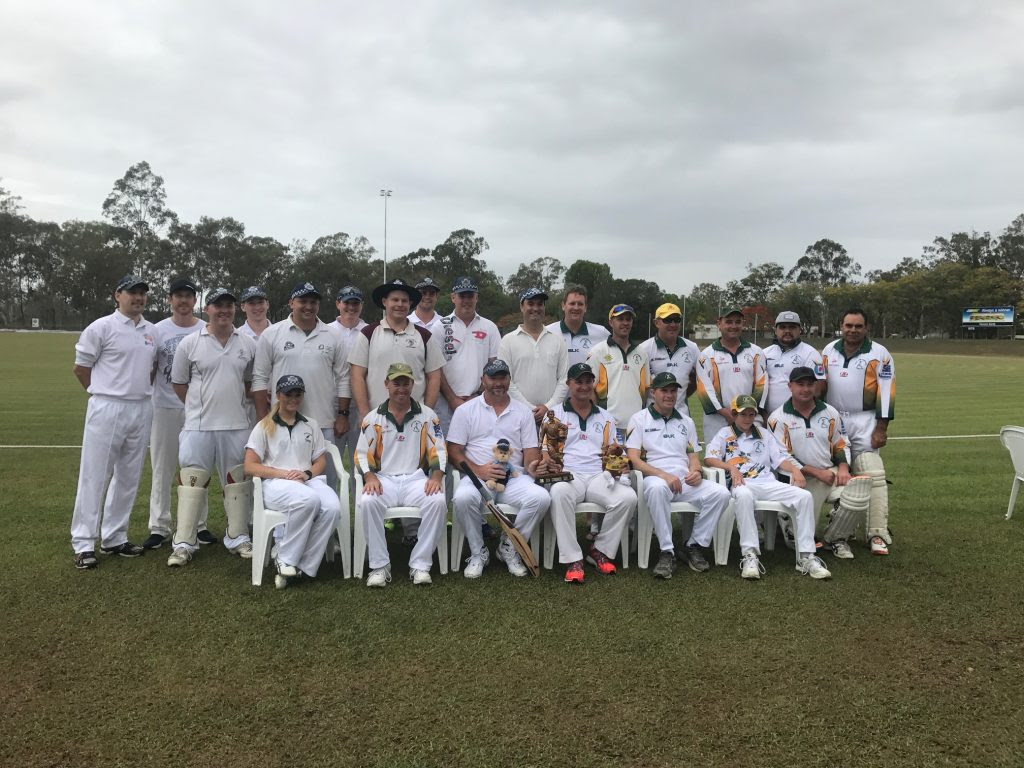 It was a big win for police on the weekend when Gladstone and Tannum Sands Police officers took on the Boyne Island Tannum Sands (BITS) Cricket club on Sunday 11 December in a 30-30 test match down at the Club grounds.

Officers of the local stations battled it out in the wet to come out on top of the BITS team. The police team included general duties from both Gladstone and Tannum Sands Station, CIB, CPIU and Intel.

Assistant Minister for Local Government and Infrastructure and local MP Glenn Butcher took to the field for the BITS team and ended up making a donation to the Club to make-up for the beating the field took due to the rain.

Many of our officers hadn’t picked up a bat in years but it didn’t stop them from giving it their all in the hopes of winning the converted trophy.

BITS batted first and made a decent score of 6-150 despite some spectacular bowling from our officers.

There was no need to worry in the end though with plenty of hits to the boundaries and an overall 5-176 score.

Despite the wet weather it was an enjoyable day, with the BITS club hosting a feed for the players and onlookers.

Constable Simon Rowe is looking to organise another match in the next 6 months, with the aim to raise further awareness for the Club and to keep the trophy in Police hands.